Alliance Invites Unionism to the table in Newry and Armagh – Coade 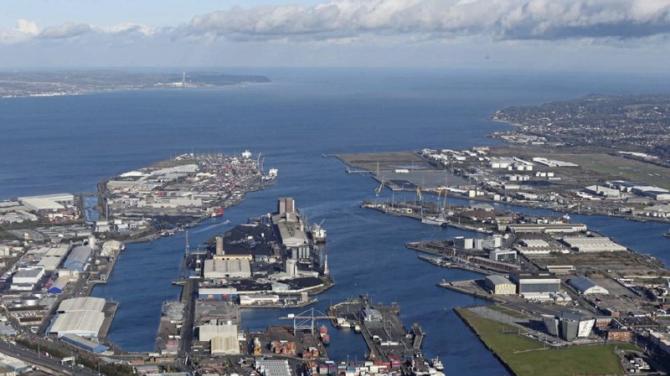 NEWRY and Armagh Alliance representative Jackie Coade has invited Unionist parties and groups within the Newry and Armagh Constituency to the table to seek out solutions to the recent NI Protocol issue.

In recent weeks Unionist anger has increased following the implementation of the NI protocol as part of the Brexit treaty with the European Union. Unionists and Loyalists across Northern Ireland including those within Newry and Armagh have called on the NI Protocol which establishes a border within the Irish Sea as a betrayal by the DUP.

“We are at another cross-road with a clear choice. Do we try to fix the problems caused by Brexit and the operation of the Protocol with negotiation with the UK Government and the EU with the help and support of the Irish Government or do we go down the cul de sac of demanding the overturn of an International Treaty. History shows that in the past faced with similar choices political Unionism has chosen the Cul de Sac. Remember the Anglo Irish Agreement, Drumcree, and the division in Unionism over the Good Friday Agreement in all case the shout was to bring them down with all the noise and protests.

The protocol is causing significant problems at present, but in the absence of an alternative thanks to the DUP, the only course of action is to try to make it work as best we can. We want to find solutions to fix this situation on behalf of all the people of NI. We cannot take away from where we are right now, we have got to be honest with people moving forward. Brexit is a reality and we have to make the best of it (or maybe limit its impact as much as possible).

We know that within the Protocol there is scope for review and change, we need to address the areas of significant difficulty and try as best we can to find solutions. It is incumbent on all elected representatives in the Newry and Armagh area to choose their words carefully, calm heads and productive, viable solutions are needed to move the situation forward.

There are issues facing the transfer of goods from GB to N.I. There are systems within the Protocol we need to iron out. Let the politicians across the parties work together to try to resolve these where they can be. That is what the business community is asking for. To make demands that will not be met means that time is spent on argument and not in resolution. We need to find solutions. The heat needs to be taken out of the political discourse or the rhetoric needs dialled down or else we run the risk of such violence returning.

Alliance M.P. Stephen Farry and others are taking up that task. How much better it would be if that desire to find solution was a united call. The raising of fears and stirring up political discord in an already divided society is not effective leadership to solutions instead it has the potential to bringing us back to the past. “

In recent weeks we have seen signs being erected in the Markethill area of the Constituency and a tit for tat war of words between local DUP MLA William Irwin and Markethill LOL as well as Alliance offices across Northern Ireland being attacked and threats being made to Alliance and DUP MLAs. As the representative for the Newry and Armagh Jackie Coade who is the Newry and Armagh representative for the Alliance Party has called for calm and a meeting to find solutions.

“It is time for calm and an effort to find solutions to these problems not to evoke rage and violence; we have come too far as a community for that. More than ever right now we need stability as we exit this Covid crisis. People want to see a focus on our health service, education system & jobs. Brexit has brought so much uncertainty, but we have got to make the best of the situation we are in and look for opportunities for business and rejuvenate our high streets and businesses.”