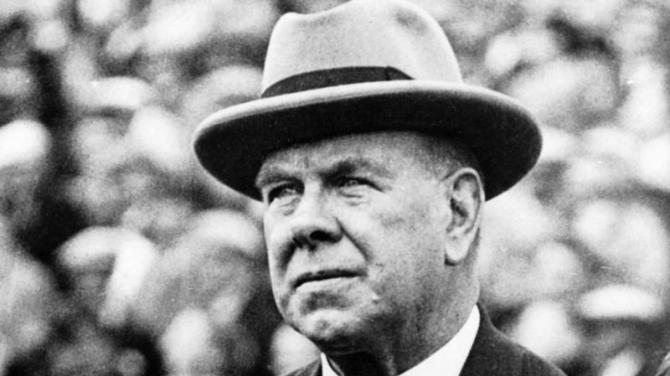 NEWRY City Sinn Féin Councillor Charlie Casey has said the ongoing campaign to erect a fitting memorial to Newry born sporting icon Willie Maley(pictured) is firmly on course after it was agreed that the coordinator of Newry City’s Electoral Area would deal directly with the group heading the campaign.

“Willie Maleys name is not only synonymous with Celtic football club but also throughout the sporting world for his achievements as a footballer, a manager and a club administrator.

He was born in Newry and moved to Cathcart Glasgow with his family and was heavily involved in athletics before playing football with Third Lanark and eventually joining Celtic, and through his involvement with the club as a manager he won over 30 major honours”.

"There has been an ongoing effort over many years to erect a fitting tribute to this Newry born internationally renowned sporting icon. The present campaign by the Willie Maley Memorial Group has gained great momentum and it is a positive step that Council Officials especially the Newry City District Electoral Area (DEA) coordinator are now dealing directly with the group.

At a recent Council committee meeting involving a lot of positive engagement took place. The Willie Maley Group despite the ongoing pandemic challenges have worked very hard to move on this project, and I hope working together with them and all stakeholders that their endeavours will prove fruitful”.

“ A Council Officer has reportedly stated that the preferred site by most for the memorial statue, at Sugar Island close to what is know as the ‘Navvy Statue’ is not an option. We will seek clarification on this.

Other sites have also been identifiedand the Willie Maley Group have been asked to discuss their appropriateness. We will continue to liaise with all so that hopefully we get an agreement on the way forward”.

“Whilst this project means a lot to myself personally given my own and many local peoples life long relationship with Celtic, I believe it will be of a great benifit in the promotion of our sporting history as well as a positive addition to our local, national and international tourism economy”.