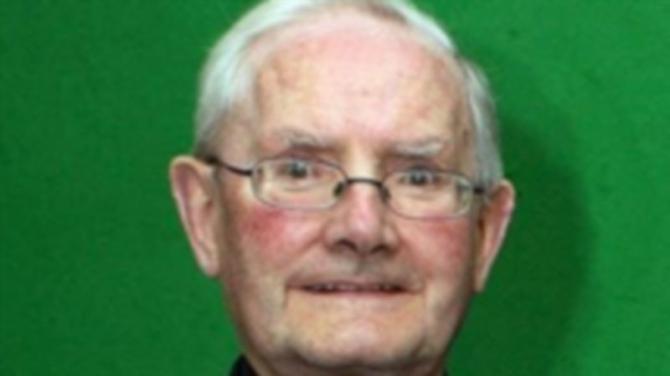 The Very Rev Fr Tommy McGeough, who has died, was a priest for just short of 65 years.

He passed away peacefully, at his nephew Thomas’s home in Corderry, on 25 January 2021.

Originally from Corderry, Louth Village, he was born on 30 August 1932; the second youngest in a farming family of six to Thomas and Margaret McGeough. His father died when he was only eight years old, leaving his mother to rear a young family.

He entered St Patrick’s College, Armagh at the age of 12 where he made lifelong friends including the late Fr Denis Faul and Fr John Bradley.

He studied for the priesthood in St Patrick’s College, Maynooth, and he was ordained on 17 June 1956.

The first three years of his Priestly Ministry was spent on the Missions with the Kiltegan Fathers in Nigeria.

After Nigeria Tommy then went on the Emigrant Mission to England from 1960-1962 as chaplain to the Irish Emigrant Workforce over there.

The living conditions for both the emigrants and the Irish Chaplains were very modest and frugal with upwards of 2000 living in huts on the building sites with a small chapel for daily Mass and the Sunday Mass was celebrated in the canteen.

On his return to Ireland, he was Curate in Ballygawley, and then Administrator in Coagh, two parishes in Co. Tyrone.

Following the appeal of Cardinal Tomás Ó Fiaich to open an Armagh Diocesan Mission to Lagos Fr Tommy volunteered to return to Nigeria in 1982.

In Lagos, he again worked in conjunction with the St. Patrick Missionary Society, Kiltegan with whom the Archdiocese had supplied volunteers to work alongside them from the 1930s.

Together with Canon Tomás Ó Sabhaois and Fr Vincent Darragh, Fr Tommy was among the first three to volunteer, followed then by the late Fr John O’Leary (1986-1990) and Fr Seán Quinn (1988-1992).

On his return from the Missions, he was appointed as Parish Priest of Crossmaglen in 1991. Fr Tommy absolutely loved his time in Crossmaglen and followed Crossmaglen Rangers GFC through all their glory years.

On his retirement as Parish Priest in 2006 Fr Tommy was appointed PE AP in the Parish of Ardee/Collon, where he spent eight very happy years and gained the admiration and the affection of all.

He retired and moved to Moorehall Village in 2014. He loved and enjoyed living in The Village where he continued as a chaplain to Moorehall Lodge

In his homily at the funeral Mass in Ardee Canon Peter Murphy PP remarked, ‘It is true to say that Fr Tommy was loved by us all, was seen as a holy man, a great priest, gentle and caring.

‘Although advancing in years Fr Tommy did not spare himself in the pastoral care he extended to one and all, young and old. He was instrumental in involving the parents and the families of the children preparing for their First Holy Communion and Confirmation. He had a great regard for the Legion of Mary.

‘Fr Tommy was a man who opted for the simple; nothing extravagant in his lifestyle and who lived rather frugally. No one was ever turned away from his door, he was always generous in giving and caring.’

Canon Murphy revealed that Tommy was also a good Bridge player; and that he enjoyed going home to Corderry every week to visit his family during his retirement years.

Thomas his nephew and Thomas’s wife Deirdre and their four daughters Cathy, Aoife, Amy and Orlaith took care of Fr Tommy in his final days and weeks in their home in Corderry.

He was brother of Annie and the late Peter, James, Mollie Conlon, and Margaret; and uncle of Thomas, Margaret, Christine, Bernadette, Mary, Margaret and Patricia and the late John and James.

Following Mass in the Church of the Nativity of Our Lady, Ardee, burial took place in Louth Cemetery.

Fr Tommy’s Month’s Mind Mass can be viewed online on Sunday next 28 February at 12 noon on the Ardee Church webcam https://www.churchmedia.tv/camera/church-of-the-nativity-of-our-lady