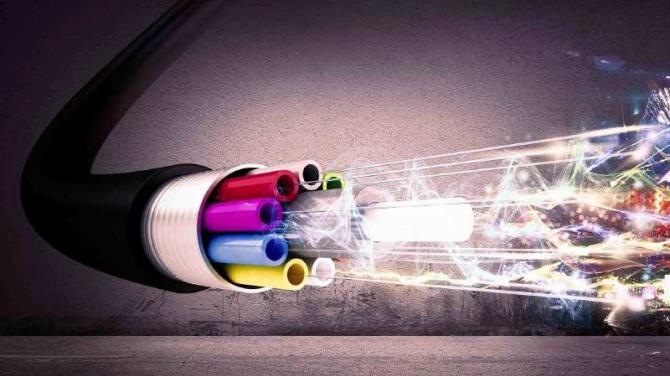 SINN Fein elected representatives from Slieve Gullion met with Fibrus to discuss the provision of broadband connectivity for homes and businesses in South Armagh.

Fibrus have been contracted to deliver Project Stratum on behalf of the Department of the Economy to increase rural broadband provision across the North.

“Project Stratum will provide improved broadband access for almost 79,000 premises, 97% of which are classified as rural

This was the second meeting in recent times between Sinn Fein representatives and Fibrus as we are unhappy that the South Armagh area has not been given sufficient priority in the roll out schedule and it will be 2023/24 before parts of the area are connected.

Our meeting was also an opportunity to discuss directly with Firbrus a wide range of issues raised by local individuals and groups”.

Her colleague Cllr Aoife Finnegan commenting after the meeting said,

“Many rural and farm businesses are reliant on broadband connectivity for their survival and home schooling during the pandemic has been a huge problem for many families because of poor or non existent internet connection.

Rural border communities have always suffered from a historic lack of investment and poor services but broadband connectivity has become ever more critical in recent times”.

“The recent ‘lockdown’ and current challenging situation has meant that internet, which is already a necessary utility in most households, is even more essential.

For those asked to work from home, for students attempting to complete school or university work, even for the most basic contact with friends and family, internet has been needed.

‘This has exacerbated the frustrations of those for whom broadband is intermittent or non-existent”.

Concluding Cllr Murphy said that he and his colleagues would continue to focus on delivering a quality broadband service in south Armagh.

“ Our discussions with Firbus were positive. Myself and my colleagues will continue to press Fibrus and the Economy Department in the time ahead to get the South Armagh area access to the quality broadband connection service it deserves”