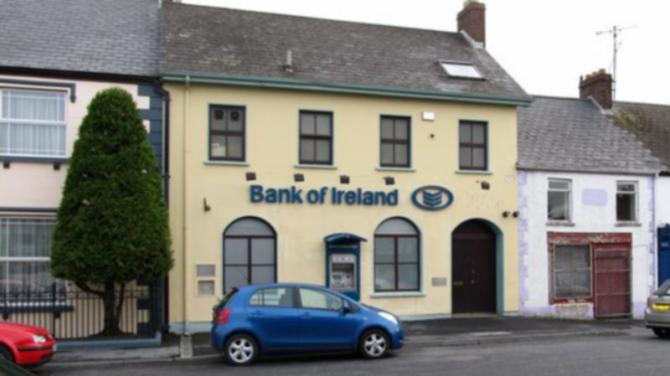 THE Bank of Ireland are to close their branch in Crossmaglen.

The Bank announced yesterday, Monday, that it will close 15 branches in Northern Ireland, which is more than half of its 28 branches currently operating in NI.

It is part of a wider cost cutting exercise which will shut over 100 branches across the island of Ireland.

The Dublin-based bank operates across the Republic of Ireland and the UK, and is one of NI's "big four" banks.

The bank has been reviewing its Northern Ireland operations and there had been speculation that it could withdraw from the market.

That has not happened, but Ms McDonagh said the Northern Ireland business will undergo "a material restructure".

The branch closures will affect the roles of about 120 staff in Northern Ireland but will not result in compulsory redundancies, according to Ian McLaughlin, Chief Executive of Bank of Ireland UK.

he branches earmarked for closure are:

The bank would work to identify staff who could be redeployed to other roles within the company, as an alternative to redundancy, said Mr McLaughlin.