'YOU ARE BLAMING THE WRONG PEOPLE' 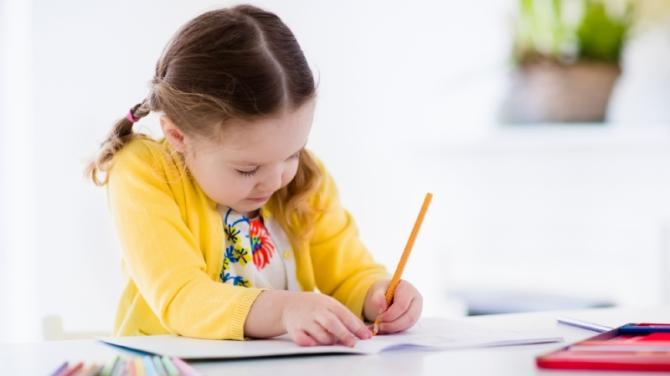 THE Northern Ireland Department of Education’s plan regarding children’s return to school when lockdown restrictions start to ease is causing considerable confusion for pupils, parents and teachers alike.

Sadly, it has also led to controversy, as a result of which head teachers and their staff have in some cases been subjected to verbal abuse delivered anonymously via social media.

Mr Ronan Donaghy, the head of St Ronan’s Primary School, Newry, is one such victim. He told the Democrat, “All this anger is being directed at schools and school Principals, which is unfair.

“ I did a piece with Robbie Meredith on BBC and they posted it on Twitter as part of BBC NI News. The number of really nasty comments in response to that was unbelievable.”

The reason for her anger? Mr Donaghy’s belief that a return should be phased and done slowly in order to allow its impact to be gauged properly and fully. He had also stressed the importance of face-to-face teaching, that having been his position for many months.

Instead, Education Minister Peter Weir has opted for a format whereby St Ronan’s P1-P3 pupils will return to school on Monday, March 8 and then attend each day of that week. The following week – March 15-19 inclusive – they will be in school on Monday and Tuesday, off for St Patrick’s Day on Wednesday and Thursday, back in the classroom on Friday and off again the following Monday (March 22).

As a head wed to the ideals of care, consistency and continuity, this makes no sense to Mr Donaghy. Some people, however, appear to have interpreted this as a desire on his part - and others of like mind - to keep schools closed.

“That is so not the case,” he sighed, with evident frustration. “All of us want our kids back in our classrooms. I can tell you now that it really breaks your heart when you’re talking to a child who is telling you that they’re dying to come back to school when you know you physically can’t do that at this stage because politicians have made that decision.

“And it’s people in the wider community who have continued to gather together, allowing the ‘R’ rate to increase at a rapid rate, who have kept this thing going,” he added.

“Yet some parents out there are blaming us for this when we actually are the innocent party. Those people have taken their anger and frustration out on us, but we aren’t responsible for these decisions,” the St Ronan’s head said. “What has been decided by others is the opposite of what we have sought, for we have constantly lobbied for schools to be re-opened in a safe, phased manner for the benefit and wellbeing of our children.

“So it’s not us; it’s the Department of Health which is saying schools can’t fully re-open. We give our opinion of how it should be done, but that is completely ignored. We only find out about what they have decided via social media; we have had no official communication from the Department. They have put it on their website, but we have had no direct contact from them.

“At the minute there is no guidance for anything they’re asking us to do, which is why it’s very difficult to know what way they’re expecting this to be done.

“The lack of consultation is the big part of the problem. The Department of Education just doesn’t listen, though I would point out that members of the Education Committee – MLAs like Justin McNulty, Sinead Ennis, Chris Lyttle and Robbie Butler – are very good at trying to hold the Minister and Department to account.

“Unfortunately the Minister and the Department – and the bigger Northern Ireland Executive – aren’t listening, so if parents are frustrated, my advice would be to write them to express those views.

“For those who work in them, our schools are child-centred places. Any decision we take has, at its heart, the child and how that decision will impact on him or her. When you’re dealing with the Department, though, it’s all about their policy. In other words, the child is not considered and that is the really sad thing about it.”