"Despicable Act" results in Injury to Child in Play Park 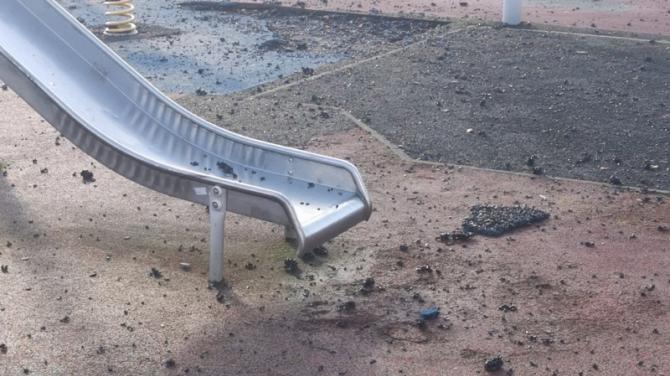 Local Sinn Féin MLA Liz Kimmins has described the vandalism that resulted in the injury of a young child as a “despicable act”.

An angry parent of a 6-year-old girl has reported the horrific injury her daughter received when playing in their local park, in Derrybeg. The young girl required five stitches in her leg after receiving a deep wound caused by shards of broken glass which had been placed in tiny slots on the equipment.

Newry Sinn Féin MLA Liz Kimmins said, “The child’s mother has stated that it was evident this had been done deliberately as she discovered several pieces of glass which had been neatly inserted in various parts of the equipment.”

“This is an extremely reckless and despicable act, and very traumatic for the young girl. It doesn't bear thinking about the pain she felt as a result.”

After speaking to family members, Liz Kimmins said, "It beggars belief why anyone would deliberately break glass in a children's play park, let alone place it in this way which would undoubtedly cause injury.”

“Play parks should be safe places for all of our children to use. Especially so during current times when they are often the only outlet for young people to get out and have fun.

"I wish the young girl a speedy recovery and would urge the community to be vigilant and watch out for any anti-social behaviour in play parks and in the wider community.”

Liz’s Sinn Féin colleague, Cllr Charlie Casey added, "As soon as we were made aware of this terrible incident, we made contact with the Council’s cleaning and maintenance team who agreed to have the park cleaned urgently to ensure it was safe for the children of the area to use.

“Derrybeg is a strong community and they deserve better than this. Parks and green spaces should be safe for all the community and we in Sinn Féin will be proactive in doing all we can to ensure this does not happen again."