Ballyholland family mourn death of Son in US tragedy 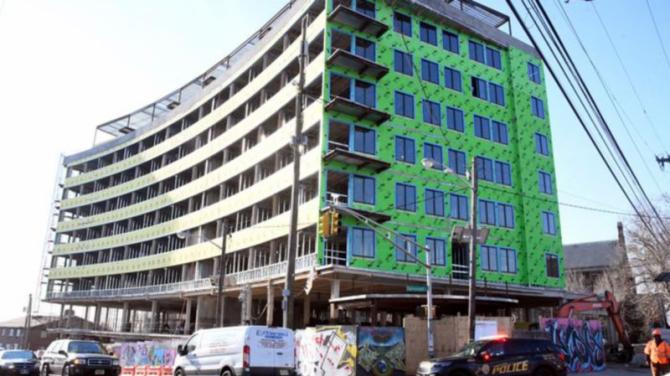 A well-known Ballyholland family is in mourning following the sudden tragic death of their son in an American construction site.

Colm Quinn (44) had been living in the USA for a number of years.

According to local media reports, Mr Quinn fell from a height of seven storeys whilst working on a lift shaft in Jersey City on Wednesday last.

He was taken to the Jersey Medical Centre, but was later pronounced dead.

The circumstances around the tragedy are not fully known at this time, however it occurred at approximately 7.45am (USA time) at a construction site on 136 Summit Avenue in the Bergen Hill neighbourhood.

The Quinn family of six children, well known in the Newry area as a carpet fitting company on the Armagh Road in the city, tragically lost another son, Thomas in February 2018 to cancer

Co-founder of the Kevin Bell Repatriation Trust (KBRT) Collie Bell confirmed to the Newry Democrat the charity’s involvement in assisting the Quinn family.

“At the moment we are working to bring Colm home,” said Mr Bell.

The KBRT founded in 2013 has to date repatriated over 1,000 people from the island of Ireland back home following sudden death abroad.

“We hope to be able to bring his remains back to his family by early next week.

“This is the second tragedy to hit the family in a short space of time.

“It is very sad,” added the KBRT founder.

It is not currently clear how much of a delay could be caused in the repatriation of Mr Quinn due to any Covid-19 regulations.

The US federal Occupational Safety and Health Administration was called to site following the fatal accident.

The site was later shut down.

Crotlieve councillor, Karen McKevitt told the Democrat that the Ballyholland community will rally around the Quinn family.

“The community is in shock and they're devastated,” said Ms McKevitt.

“The family are well respected people in the area and they are members of this close-knit community. Everybody is just devastated.

“Colm was a lovely fella and had been in America for some time. A really lovely lad. It’s just terrible, heart-breaking.

“The family only live a mile-and-a-half from me and the Ballyholland community will rally around the Quinn family.

“We will do everything in our power to get them through this desperate, desperate situation,” added the local councillor.