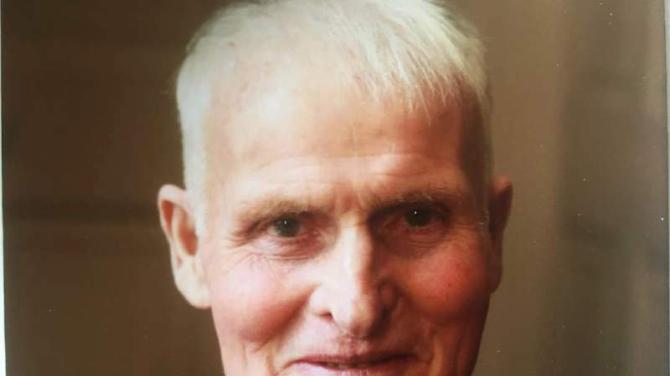 TRIBUTES have been paid to former SDLP Councillor James Savage.

The father of five passed away suddenly on Friday in Ardmaine Care Home in Newry.

Husband of the late Kathleen, James was the father of Angela, Seamus, Hugh, Brian and Nan.

A former Chair of Newry Council, James was highly respected throughout the District.

Justin McNulty MLA said James was a man with a great sense of humour and with a passion for the GAA.

‘I was so saddened to hear of the passing of our former SDLP Councillor and dear friend James Savage RIP from Belleeks. James knew every man, woman and child from South Armagh and he knew every lane, house and outhouse. He had a special warmth and way about him and he was always delighted to see people thriving.

He was a big man with a great sense of humour and a big laugh.’

‘James Savage was a great family man and an upstanding ferociously hard working farmer and public representative who believed only in doing the right thing by people and for people. “He did enormous good for so many. He was a man who was highly respected and trusted by those who knew him and by those who did not.’

‘James was a former Chair of Council, and he was a master of a colourful South Armagh vernacular. A colossal pillar of the community and a colossal character.’

‘My sincere sympathies with James' children Angela, Seamus, Hugh, Brian & Nan, Children in law Patrick, Michelle & Valentina; Grandchildren Caitlin, James & Peter; His Brother Pat and Sisters in law Nan McCone, Maura Savage & Mary Leonard, with his many friends, his community and all who knew him.’

A founder member of the Belleeks GAA Club, they mourned tghe passing of a great servant.

They posted: “The GAA Community in Belleek is united in morning the sudden and untimely death of James, RIP, our esteemed former player, manager, founder member and a true gael.

“From its formative days James remained a stalwart supporter of Belleek Club.”

James was laid to rest following a private ceremony.