No raising of the temperature on Warrenpoint Baths project 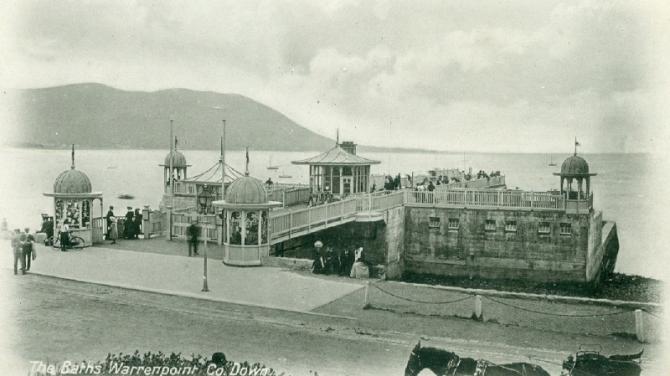 THE long-running saga over what is to become of the vacant Warrenpoint Baths site is continuing its snail-pace move towards a conclusion.

Just over a year ago In February 2020 Newry, Mourne and Down began a tender process in the hope of attracting Expressions of Interest from suitable companies intent on redeveloping the iconic Edwardian seafront baths site which first opened in 1907.

The Council’s stated aim in February 2020 was to see the creation of a project which would “provide a social, economic and sustainable contribution to the townscape and context of Warrenpoint, whilst also benefiting the life cycle and longevity of a landmark building in the town.”

With planning permission for the site’s development already secured, a major hurdle had been cleared. But now, more than 12 months later, there is nothing concrete in place – either literally or by way of a definite proposal - as to how best to proceed. Meanwhile, ratepayers continue to foot the bill for the Council’s on-going maintenance of the fabric of the building along with the provision of acceptable standards of health and safety.

The facility’s heyday was in the 1950s and ’60s, before the advent of affordable package holidays in sunshine-guaranteed Spain and Greece. Little by little, as a result of that major sociological change, domestic resorts like Newcastle and Warrenpoint began to lose their appeal. And with heated indoor swimming pools also starting to make their appearance in Northern Ireland in the 1960s, so too did open air salt-water baths.

The Baths last opened to the public in the 1980s, since when they have been mothballed. But their location right on the shore of Carlingford Lough means the Warrenpoint Baths site has been subjected to decades of winter storms along with the corrosive erosion caused by salt.

The project mooted in February 2020 cited extensive refurbishment and rebuilding to include enlargement of the existing Adventure Centre, the community function room, the provision of seaweed baths/spa, a coffee shop, external venue space, public toilets “and all associated site works”.

At its monthly meeting on Monday, March 8, NM&DDC decided to go with the latest recommendation from its Enterprise, Regeneration and Tourism Committee which was that the Council should continue to look after the building and ensure that health and safety issues are addressed.

It was also agreed that the economic viability of the development be fully assessed, thereby enabling the Council to reach a decision regarding further development of the famous seafront site.

To that end, a team of consultants will be appointed to carry this work out in 2021 – now a pressing necessity as the current planning approval will expire in January 2022. Consultants will also prepare a business case and conduct an economic appraisal, in addition to seeking the views of those directly affected by the proposed development. Meanwhile, discussions with potential funders are to continue.

Ideally the consultation process will be completed within six months, though this period can be extended if necessary.