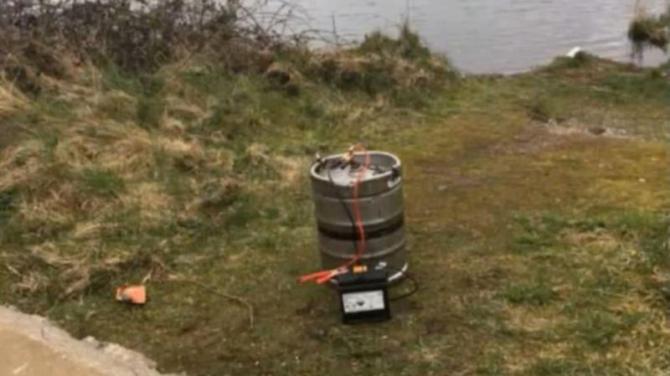 SDLP Assembly Member for Newry and Armagh Justin McNulty has described the discovery of a viable bomb at An Camloch as a reckless act that has no support in the local community, and, it could have claimed lives.

Mr McNulty said, ‘This is mindlessly reckless and has to be condemned outright. Those responsible are deluded if they think they have any support for their actions.

‘This crude and viable device was left at one of South Armagh’s most popular beauty spots. It could have killed. It is frightening to think there are those in our community hell bent on dragging us back to the dark days of our past.

‘I have spoken with Senior Police Officers and have conveyed my disgust and anger at this incident. This isn’t the first incident of this type, just last week a similar device was found at Clay Lake outside Keady.

‘This incident must be condemned by all right thinking people and those responsible need to realise their futile and life endangering acts have been rejected by the people of this island.’

Police stated that the Newtown Road at Camlough Lake, had been closed in both directions following the discovery of a suspicious object. Local diversions were put in place a whilst the object was examined.