'Dump-demic' spreads across the District 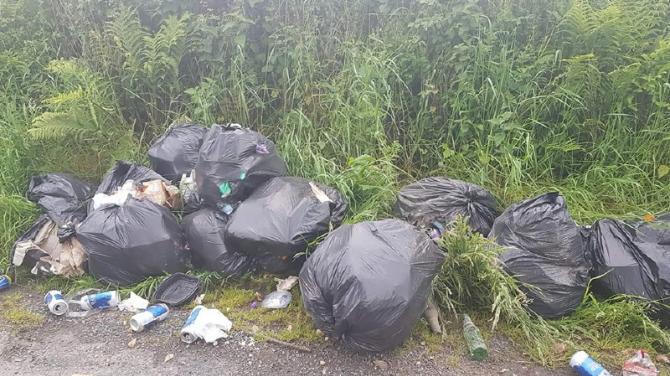 ILLICIT dumping reached record levels in the Newry, Mourne and Down District in 2020.

On average 60 illicit dumping incidents were reported to the Council’s Enforcement Team per month during the past year.

A report from the Council’s Head of Waste Processing and Enforcement revealed that a total of 717 incidents were reported in 2020, a staggering 75% increase on the previous year.

The problem of illicit dumping hasn’t improved in 2021 with 126 incidents reported during the first two months, January and February.

A report, which went before the Council‘s Neighbourhood Services Committee, showed some 571 illicit dumping incidents (79.6% of 2020 totals) occurred between the pandemic period between March- December compared with 288 incidents in the same period in 2019.

From January 1 to March 8, Council have issued 22 fixed penalty notices in respect of illicit dumping, littering and dog fouling.

The Council officer reported that the Covid pandemic had brought greater challenges with respect to cleansing operations in the District with more people walking with higher frequency of dog fouling.

In an effort to combat the growing problem the Council is to roll out a publicity programme in June.

The programme proposes a variety of approaches to heighten awareness of dog fouling and litter awareness.

Community action initiatives are being proposed which will highlight dog fouling incidence.

Implementation of joint patrols, enforcement with dog wardens, at key locations is also being considered which will hopefully further awareness of responsible dog ownership.