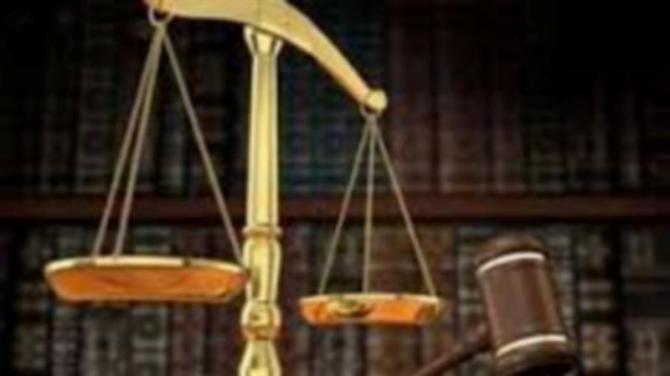 AN engineer jailed for six years for reactivating guns for Newry dissident republicans has been charged with failure to disclose use of bank accounts in breach of a counter terrorism order.

The accused appeared in the Newry dock to hear the charges.

The alleged offences are in relation to the Counter Terrorism Act.

It is said that the defendant failed to disclose use of bank accounts and credit cards within a period of three days of when they were used.

In 2013, the defendant admitted having eight handguns, a rifle, component parts of weapons, and ammunition with intent to endanger life.

The court previously heard one of the guns was disguised as the handle of a walking stick.

He had been making and modifying guns for dissident republicans said to be the Real IR.

The engineer claimed to have been doing it since 2007 on behalf of people he suspected were in the Real IRA.

Detectives uncovered a large quantity of firearms and ammunition from outbuildings at McManus' house in Newry in September 2010.

He admitted six charges - four firearms-related and two terrorist-related with a sentence of six and a half years handed down.

At the time of sentencing Mr McManus’ defence said his client initially seen the work on reactivating the weapons as a challenge to his engineering skills.

However, he said McManus eventually botched some of the jobs and claimed to be relieved when he was caught.

He added that McManus was not a member of any terrorist organisation and had been preyed upon by more sinister people.

The lawyer said his client felt that he was not able to say no to them.

Deputy district judge Anne Marshall adjourned the failure to notify case to May 12.