You pay the price for dog poo and littering 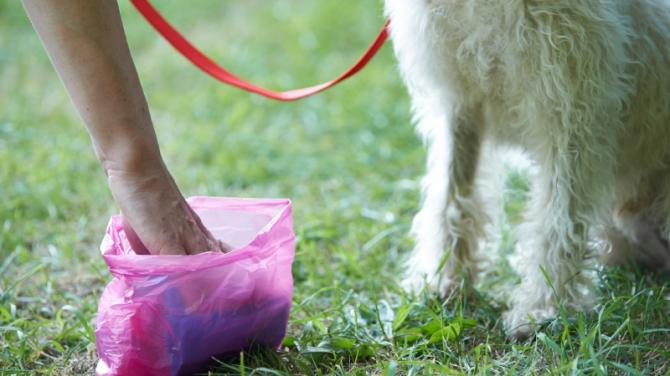 DOG fouling and littering are costing those living in the Newry, Mourne and Down District Council area more than twice as much as their Armagh City, Banbridge and Craigavon counterparts.

The latest figures, which appear in a just-published report by ‘Keep Northern Ireland Beautiful’, reveal that ratepayers in Newry, Warrenpoint, Kilkeel, Newcastle and Downpatrick last year paid £45.96 each, compared with the £19.74 charged to those in Armagh, Banbridge, Portadown, Lurgan and Tandragee.

That figure of £45.96 per ratepayer makes ND&M the fourth most expensive area in NI in terms of the dealing with the problems caused by littering and dog fouling. And it doesn’t matter if you personally have never dropped a sweet wrapper or cigarette butt in your life, nor do you own a dog; you are a ratepayer, so others’ misdemeanours are costing you just short of £46 per annum.

The levels of litter and dog fouling throughout the country has worsened during the pandemic, a fact underlined by the 2020 NI Litter Survey which cites a continued decline in the cleanliness of streets, roads and public spaces with 18% of the transects surveyed deemed to have been “of an unacceptable standard”.

As well as revealing the cost per ratepayer the report publishes figures for the number of fixed penalty fines issued in all 11 of NI’s District Council areas for littering and dog fouling.

These were as follows:

However, the regional variations in the percentage of the rates bill for cleansing in comparison with the level of prosecutions is bound to give rise to some serious questions being asked.

The most commonly observed item of litter on our streets and in our public spaces once again is cigarette butts - as high as 93% and 94% respectively along primary and secondary retail transects.. But these were across all land-use types, though obviously not to anything like the same extent as in cities and towns.

And, inevitably, there was evidence of the knock-on effect of Covid-19, with samples of Personal Protective Equipment (PPE) recorded on 3% of all the streets and open spaces surveyed. Worryingly, it can now be estimated that at any one time there could be 5,272 gloves and 2,000 masks on our streets and open spaces.

Rural roads remain disproportionately affected by litter when compared with residential, retail and recreational areas. Almost half of rural roads – 48% - failed to reach an acceptable standard for litter, most of which clearly is as a result of people having thrown it out of their cars.

The survey also found that 41% of rural roads had takeaway litter present, while 66% had confectionary litter. Worst of all, 89% of all rural roads had drinks-related litter – plastic bottles and aluminium cans - present.

In view of these figures, it is concerning that NI’s cleaning spend has dropped by nearly a third in recent years.

The Chief Executive Officer of Keep Northern Ireland Beautiful is Dr Ian Humphreys. He assessed the report’s findings by stressing,“Preventing littering requires all of us to do something. Government legislating to help end our dependence on single-use items, people taking care to dispose of waste properly and businesses paying a fair share of the costs of cleaning up their packaging and cigarette butts are all needed to make a lasting difference.”

He continued, “We have a growing litter problem that we need to face up to as a community. The cost to our environment and public purse is too great a burden for us to bear. The pandemic has seen us care for the vulnerable in society.

“It is now time we extended that care for our vulnerable environment. As more people discover and enjoy the great outdoors we must all take our litter home or use the bins provided. To do anything else is to destroy what we hold dear.”