'The Star' to play club football with Cross' 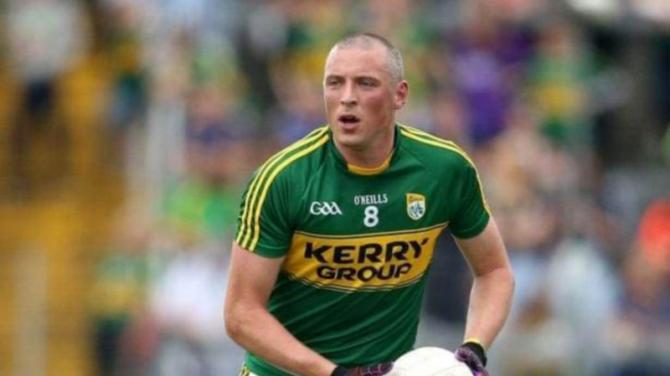 FORMER Kerry Great Kieran ‘The Star’ Donaghy is to play his club football in Armagh in 2021.

The former All Ireland winner will be joining the ranks of none other than Crossmaglen Rangers, multiple Armagh Club Champions.

Earlier this year it was confirmned that Donaghy would be part of the Armagh Senior backroom team under the management of Kieran McGenney.

With County teams and Clubs set to resume training, Donaghy will surely attract plenty of attention on the playing fields of the Orchard County in the Coming months.

Paper work is currently with the Armagh County Board.

The decsion to move to the South Armagh greats was a ‘no brianer’ according to a well informed Rangers supoporter.

“Kieran is coming to the end of his playing career and wanted to end it on a high. Playing for Cross is the next best thing to County football.

“It is a relgion up here and now we have a ‘Star’.

“Sure we have men up here with more Championship medals than the whole of Kerry.”

Donaghy played his club football with Tralee based Austin Stacks.

A spokersperson told Democrat Sport: “Kieran owes us nothing but he is a few weeks behind on his lotto.

“He is a grand big lad but we didn’t much like that oul Basketball stuff. Sure one day he slam dunked one into the net and then asked for a time out.

“But we wish him well. I advised him to take the sterling and none of those euroes, sure only a fool would be caught at that.”