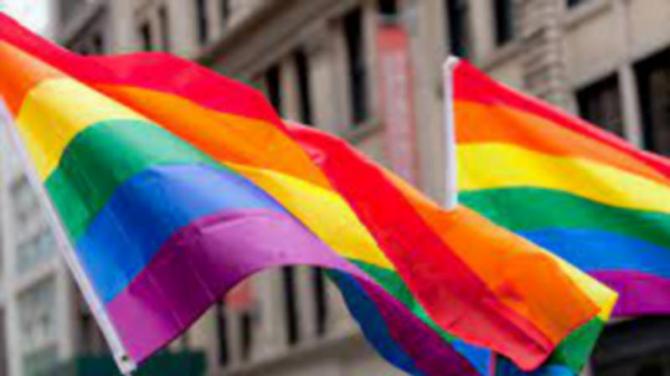 ALLIANCE Councillor, Patrick Brown, successfully introduced a motion at Wednesday’s meeting of Newry, Mourne and Down District Council that seeks to address the issue of ‘conversion therapy’ and offer increased support for the LGBTQ+ community across the district and beyond.

The motion reads as follows:

“'This Council opposes the harm caused to our LGBTQ+ community in the past through the denial of rights and equal treatment and further recognises that discrimination still occurs today. This Council acknowledges and stands against the ongoing harm the practice of conversion therapy brings to LGBTQ+ people. This Council calls on the Minister of Communities to continue to work with the Minister of Health and Minister of Justice to introduce an effective ban on conversion therapy within Northern Ireland, supported by a programme of work to help tackle these practices in all their forms. Furthermore, this Council will highlight and promote the continued support, counselling and advocacy our local groups provide to members of the LGBT+ Community.”

Conversion therapy is a term used to refer to various dangerous and discredited practices aimed at changing an individual’s sexual orientation or gender identity.

“Evidence from The Trevor Project in the US suggests up to 10% of LGBT individuals have been subjected to conversion therapy at some point in their lives, mostly when they were children under 18, and additional reports highlight that those subjected to ‘conversion therapy’ are more than twice as likely to attempt suicide.

Cllr Brown said: “Conversion therapy is a horrific practice that has no place in today’s society. It is unequivocally agreed amongst medical professionals that ‘conversion therapy’ is not a recognised form of therapy; with NHS England objecting to the practice, deeming it unethical and harmful. Additionally, the Royal College of Psychiatrists state there is no scientific evidence that sexual orientation can be changed, and that any attempt to ‘treat’ someone’s sexual orientation would be immoral. Despite this, we sadly see attempts by groups that are prejudiced and discriminatory against the LGBTQ+ community to utilize this abhorrent practice in an attempt to target vulnerable individuals.”

“Although the Westminster Government published their LGBTQ+ Action plan in 2018, which contains more than 75 commitments aimed at improving the lives of LGBTQ+ people, including bringing forward proposals to end the practice of conversion therapy in the UK, we have yet to see it implemented in Northern Ireland. Encouragingly, all the devolved regions are considering legislation to ban the practice, and positive actions so far from the Ministers for Justice, Health and Communities suggest that Northern Ireland could become the first region of the UK to implement legislation that would legally prohibit it.”

“This would be huge achievement and a clear signal that Northern Ireland has moved forward as a society, given it has traditionally been the slowest in embracing progress on LGBTQ+ issues, such as equal marriage. It is therefore vital councils use all their lobbying power to send a message and urge the prioritisation of this legislation in this Assembly mandate.”

Cllr Brown concluded: “I am proud that Newry, Mourne and Down Council is sending a strong message out to the people of the district and Stormont that we will not accept this disgraceful practice and want to see it permanently banned from being carried out in Northern Ireland.

“I want to thank my council colleagues that supported the motion last night, in particular Cllr Cathy Mason for seconding it, and look forward to seeing more tangible changes happen across the whole of Northern Ireland that will show we stand in solidarity with the LGBTQ+ community.”