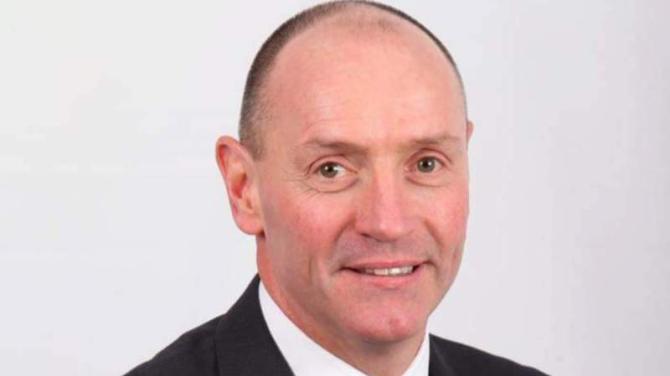 MAJOR development of Warrenpoint’s public baths have finally been approved at Newry, Mourne and Down District Council as the existing planning permission almost goes down the plug hole.

The multi-million-pound regeneration of the sea front site will aim to attract tourism and drive the local economy in the town forward some four years after plans were drawn.

The rejuvenation of the baths location will provide both public and private investment with the new look build a complimenting structure to its panoramic setting.

The go ahead for the new construction will witness a high-tech two level design including a landscaped civic space, outdoor performance space, a boardwalk promenade, seaside café, seaweed baths and spa, kiosk shop and an adventure centre reception.

However, the stamp for the plans to be agreed was given a last minute pause as Crotlieve councillor Declan McAteer generated a motion to retain and modernise the natural sea baths with a new consultancy team.

The votes cast defeated the motion with Mournes councillor Henry Reilly calling for a tangible timetable to be brought forward to allow the project to get underway.

It was Crotlieve councillor Mickey Ruane (Pictured) who pleaded to all councillors to get behind the “long overdue proposals” with 2022 being the deadline for approval of the existing plans.

“What was once a major attraction to Warrenpoint has now become a permanent eyesore on what is one of the most beautiful scenic views in Ireland,” said Mr Ruane.

“It has fallen into disarray.

“The potential now for retail and a public area is one we should all be supporting,” he told the full council meeting.

Warrenpoint baths were originally built in 1907 and were popular for the next half century featuring an open air salt water swimming pool that came in with the tide.

The heyday of the postcard baths was undoubtedly in the 1950s and 1960s with the increase in holiday makers coming to Warrenpoint.

Following a positive vote for the proposals at the full council on Wednesday, residents of Warrenpoint are due to see a transformation of their former baths and seaside resort.

“I am now delighted that the proposal I requested to be put before committee and full council has now been accepted and approved,” said Mr Ruane.

“The former baths site has been a blight on my home town and seafront since it was first closed 25 years ago.

“While it's disappointing that the DUP and SDLP councillors voted against the proposal and offered no alternative other than to basically kick the can down the road of the politics of do nothing.

“The council have to date exhausted all opportunity to develop the site with two Expression of Interest (EOI) processes failing to move the project forward.

“The proposal and recommendations approved by full council now gives our officials the authority to urgently move forward and realise the full planning permission approved in 2017.

“The work can now begin on the business case and economic appraisal.

“The redevelopment will transform Warrenpoint seafront and along side the proposed environmental improvement scheme to boost my home town's tourism product.

“During the pandemic the seafont has become a haven for residents and visitors alike and its imperative that we as a council continue to improve and develop Warrenpoint,” added the councillor.