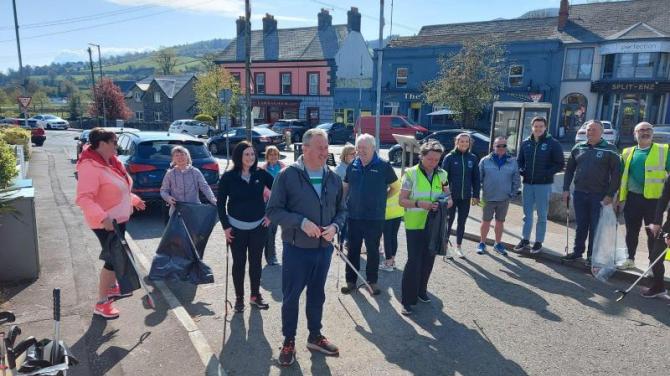 THE South Armagh Community Litter Pick Up over the weekend was a great success.

The event which saw communities from throughout South Armagh out and about collecting litter was praised by Finance Minister Conor Murphy.

The Newry and Armagh MLA joined the organised litter pick in his home village of Camlough.

"Litter dropping is a nuisance and destroys neighbourhoods and I applaud the fabulous efforts by local sports groups, community groups, families and individuals.

These clean ups shows the strength of community spirit and the efforts of the people involved must be commended.

Well done to everyone who got involved in this day long initiative, people and communities working together for all".

“A litter pick drive that took part across South Armagh this weekend was a wonderful initiative that saw communities clean up their immediate area.

People worked together but from a distance to clean up South Armagh which has some of the best scenery on our island.

Over 15 bags of rubbish lifted in Cloughoge alone where I was contributing to the clean-up.

A big thank you to everyone who was involved in keeping South Armagh tidy, the community spirit was certainly out in full force".