Tributes to Michael Carr - ' A committed and passionate Councillor' 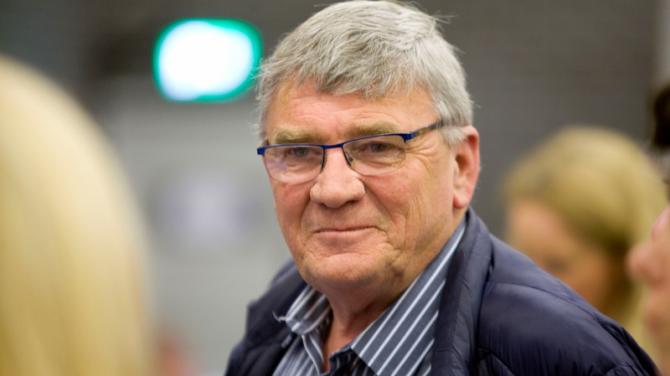 TRIBUTES have been paid to former SDLP Councillor Michael Carr who passed away at his Warrenpoint home on Sunday.

A father of four, he is survived by his wife Kay and children Shane, Fiona, Ruairí and Christy. . Funeral Mass will be celebrated today, Tuesday, at 12 noon, in St Peter’s Church, Warrenpoint.

Chairperson of Newry, Mourne and Down Council, Laura Devlin said she was "totally devastated" at the loss of "a true gentleman, so intelligent, so thorough but above all kind".

Former South Down MP Margaret Ritchie described him as "hard working, thoughtful, reflective and enthusiastic" and said she had "valued his friendship and support".

Former assembly member and deputy mayor Karen McKevitt posted a picture with him on social media writing: "Some days I have no words. How precious a photo can become."

“Michael was, first and foremost, a family man and anyone who shared his company will be aware of the central role his wife Kay and their children played in his life.

“It was however his deep rooted love for his hometown of Warrenpoint that saw Michael enter public life to become a highly respected local SDLP Councillor.

“His genuine love of Warrenpoint and its people remained at the core of his work throughout his time on the council, including when his dedication to work in public office saw him elevated to the position of Mayor in 2006.

“It is difficult to reflect on Michael’s life and not also draw reference to his love of golfing, in particular Warrenpoint Golf Club where he held position of Captain.

“Many of Michael’s lifelong friendships centred around his love of golf and I am aware his presence will be sorely missed within the golfing fraternity. Also his commitment, loyalty and support for his beloved local GAA club, Cumann Pheadair Naofa, knew no bounds and it has been noted how he continued lobbying for them even in the days leading up to his passing.

“The SDLP is immensely proud of Michael’s steadfast achievements, and it is with pride we recognise how his legacy will record him amongst Warrenpoint’s finest and most passionate public representatives.

It is therefore with a great sense of sadness and loss we extend our heartfelt sympathies to Micahel’s wife Kay, their children Shane, Chris, Ruairi and Fiona and the wider Carr family. May Michaels soul Rest in Peace. Ar dheis Dé go raibh a h'anam dílis.

“I am deeply saddened to learn of the passing of Michael Carr. Michael was a fantastic public representative for this area and worked tirelessly for his constituents-especially through some of this Districts darkest times. Michael set an incredibly high bar in regards to civic pride and he helped inspire me and plenty others to get more involved in local politics.

“I also send my condolences to my colleagues within the SDLP who have lost a veteran party member who was a committed and passionate Councillor and friend.

“A true and honest gentleman, family man and public representative.”