Call to alert young people to dangers of 'spice' 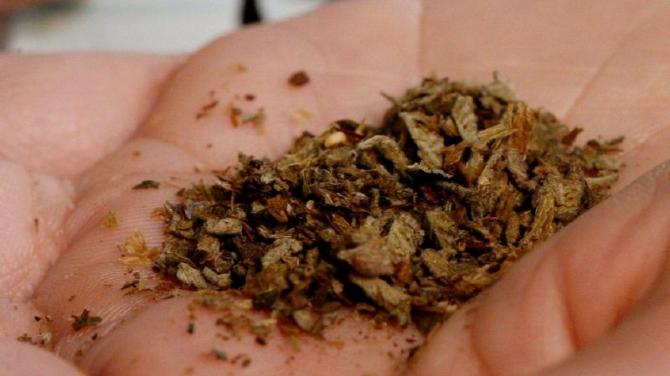 The Public Health Agency (PHA) is calling on parents and guardians to talk to young people about the dangers of vaping unknown substances after further reports of incidents of young people falling ill after vaping ‘spice’.

Since November the PHA has received several reports related to young people thinking they were buying and vaping THC or cannabis oil, but they were unknowingly supplied with the synthetic drug ‘spice’, the effect of which required medical interventions and hospital treatment.

Over the past six months, the PHA have been working with community and voluntary organisations, local Councils, the PSNI, the education sector and Health and Social Care partners to raise awareness of these issues.

Dr Stephen Bergin, Interim Director of Public Health at the PHA, said: “We need the conversation about the dangers of vaping unknown substances to be taking place at home and taking place now. We’re asking parents and guardians to speak to young people to warn and advise them that taking something which they cannot be sure of what it contains, could make them seriously ill or even be fatal.

“Let them know that regardless of what they’ve been told, even by a close friend, that it is impossible to know what is contained in these substances as they are unregulated. Talk to young people now before it’s too late. Don’t wait for a phone call saying they’ve been taken to hospital and wishing you had said something sooner.

“We know it’s not always an easy conversation to have but be open and honest about this, listen to what young people have to say and give them the advice they need.”

All drugs, whether illegal drugs or prescription medication, carry risks. The PHA strongly recommends that you do not take anything unless it has been prescribed to you by a medical professional and in accordance with your prescription.

If you have taken drugs or have misused a medication and are feeling unwell, or if someone you know is experiencing this, please seek medical help urgently.

Michael Owen, the PHA’s lead for drugs and alcohol, said: “Please emphasise to young people that if they’re with someone who has taken drugs and has become unwell, they need to get them medical help immediately. It might be frightening and they will be scared of getting in to trouble, but they need to look out for their friends, stay with them and get them help – it could save their lives.

“Parents and guardians have a particularly important role to play in alerting young people to these dangers. Don’t avoid the subject. Listen to their views and experiences of alcohol and drugs and speak to them about the dangers of taking substances to let them know the short-term and long-term impact it can have.

“With brighter evenings and heading in to summer, young people may be hanging out with friends more and trying out new things, but just trying something because your mates are doing it doesn’t mean it’s the right thing to do.

“For young people, the risk of misusing substances is particularly dangerous. The teenage years are vital to healthy cognitive function as an adult, so it is important to maintain healthy behaviour during these years. Drug abuse can impact the brain’s ability to function in the short-term as well as prevent proper growth and development for later in life.

“Substance abuse affects teenagers’ brain development by interfering with neurotransmitters and damaging connections within the brain, creating problems with memory and emotional development, causing missed opportunities during a period of heightened learning potential, ingraining expectations of unhealthy habits into brain circuitry, and reducing the ability to experience pleasure.

"Any drug or medicine has the potential to be a poison – there are only three things that differentiate it. Firstly, the dose – if you take too much of it you could die or become seriously ill. Secondly, the reason for taking it – if it is not clinically prescribed for you, then it could also be lethal. Thirdly, if you are taking it with something else, for example mixing it with alcohol or other drugs, then it could also cost you your life.

“Mixing different types of drugs, including alcohol and prescription medication, can be dangerous and should be avoided. It can increase the toxicity of already potentially harmful substances, and increases the risk of serious harm and death.

“We know this isn’t an easy thing to do and we have a useful leaflet giving advice on how to approach this subject at www.pha.site/YourChildandDrugs”.

Make the first move and bring up the topic of alcohol and drugs. Don’t wait until there’s a problem before you decide to talk.

Take time to listen to what young people have to say.

Respect their views if you want the same in return.

Discuss the risks associated with drinking alcohol and substance misuse.

Discuss possible consequences of their actions and support them to make the right choices.

Think about your own behaviours and the influence this can have on young peoples’ behaviour.

Assume young people don’t want to talk. Not talking to them could be interpreted as your approval of them drinking or taking drugs.

Assume they already know everything.

Interrupt or be judgemental, even if you don’t agree with their opinion.

If you think you might have a problem with alcohol and/or drugs and would like to get help, please visit www.drugsandalcoholni.info for information on support services near you.