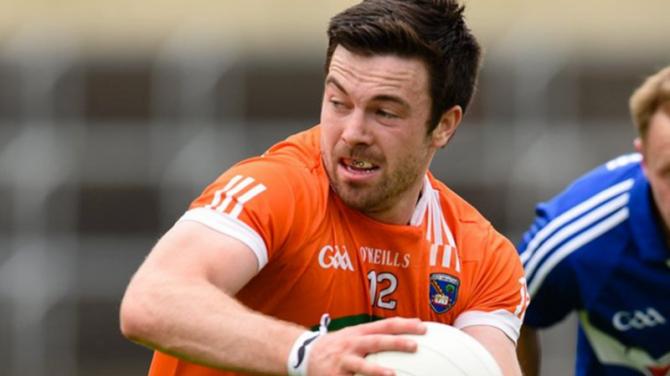 WHEN it comes to inter-county rivalry few if any match Armagh v Tyrone, writes Peter Bayne.

From the players and spectators viewpoint, the body temperature rises , the veins sit up on the neck, the passions run high, defeat is not an option for consideration.

Long before the All Ireland final of 2003, meetings between the men from the Orchard and O’Neill County’s have always been feisty, full blooded affairs. Reputations are built and demolished on such days.

From the moment Armagh gained promotion back to Division One manager Kieran McGeeney and his players will having been relishing going into battle with ‘arch enemy’.

No spectators at the Athletic Grounds this Saturday night, which is crying shame as it would have been packed to the rafters, and rocking for that matter.

The teams has contrasting fortunes at the weekend, Tyrone going down by two points in Omagh while Armagh turned over Monaghan by four in impressive fashion at Brewster Park.

Armagh have certainly put down an early marker and on the evidence of Sundays win over Monaghan, couldn’t be better placed to get one over their old enemy.

Tyrone pushed Donegal all the way down the straight at Omagh but came up two points short.

Newcomer Paul Donaghy scored 0-10 and will be closely watched at the Athletic Grounds.

What Tyrone haven’t goT, and I suppose the same could be said of Armagh, is a marquee forward in their present line ups.

The days of Canavan, McGuigan, Mulligan and McCoville, Marsden and McDonnell are long gone..

The teams are more evenly matched than many of the pundits believe.

The Red Hands need the win badly but the bragging rights could belong to the Orchard men come 9pm on Saturday.