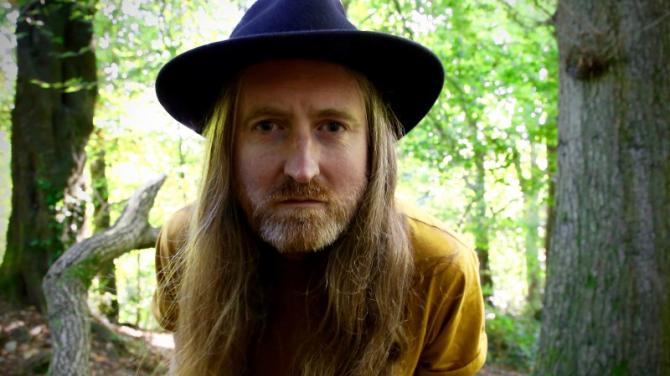 JOIN Visit Mourne as they launch ‘Reimagine’ — the first ever online arts festival celebrating the beauty and creativity of Newry Mourne and Down.

The series of performances can be viewed at visitmournemountains.co.uk and on their Facebook page between Saturday 29 and Monday 31 May.

Hosted by writer, performer and Newry native, Rozlyn Sheridan (one half of the comedy duo, Nuala and Noleen who toured Ireland with their smash hit comedy ‘It’s Wine O’clock’), the weekend of festivities features bite-size performances and workshops from artists, tutors and performers. Filmed in scenic locations the festival has a mixture of dance, song, painting, poetry as well as the fringe activities including tai chi and forest bathing.

Each morning of the Festival join Petesy Burns with ‘Chi in the Park’ – a series of introductory Tai Chi classes filmed at Warrenpoint Municipal Gardens. Next up is ‘The Art of Forest Bathing’ – a unique mediation session filmed at The Ring of Gullion, with Ann Ward who has a deep connection with nature. At noon each day, there will be ‘Games from The Gullion’ with star of stage and screen, Keith Singleton. Filmed on location at The Giant’s Lair in Slieve Gullion Forest Park, this is a fun active workshop for kids of all ages.

At 2pm each day join Visit Mourne for ‘Artist in Focus’ as they turn the spotlight on local artists living and working throughout Newry Mourne and Down. This mini documentary series features the work of landscape artist, Jacqueline Rooney in her studio at Rostrevor, plein air artist, Paul O’Kane out on location in Crossgar and Slieve Gullion textile artist, Caóilfíonn Murphy O’Hanlon.

At 4pm throughout the three-day festival, there will be a variety of bespoke creative performances – from poetry readings to musicals and Irish dance. Award winning poet, Olive Broderick reads ‘Ward’ a three-part sequence of her original work at Castleward Estate; leading figure in contemporary and Irish dance, Colin Dunne, performs ‘The Turn’ a ground-breaking dance piece composed by Linda Buckley with musicians Joanne Quigley, Cliodhna Ryan, Lisa Dowdall and Sian Hetherington, and The Flynn Performing Arts School keeps the show on the road with ‘Broadway on Zoom’.

If music is your thing, you’re in a for a treat. Tune in each evening for ‘Give Us A Song’ to hear a host of talented singer songwriters. Join Visit Mourne at 6pm and celebrate the Irish spoken song with Ciara McCrickard, Bláithín Mhic Cana and Piaras Ó Lorcáin. At 8pm will be the headline acts, who each perform a track from their new albums. First up is country star Catherine McGrath, with ‘Don’t Let Me Forget’ filmed on location at in the beautiful Kilbroney Park in Rostrevor. Newcastle singer songwriter, Cormac Neeson, performs ‘Sweet Gentle Love’ at the historic Foley’s Bridge in Tollymore Forest Park and Bridget O’Neill rounds up the Festival with a moving performance of ‘Touchstone’ filmed at St John’s Point Lighthouse.

The festival is free to view online.

“This weekend of festivities includes bite-size performances and workshops from artists, tutors and performers. Filmed in scenic locations the festival has a mixture of dance, song, painting and poetry, as well as the fringe activities including Tai Chi and Forest Bathing. As we see the green shoots of a new beginning, we ask that you join us and let’s Reimagine.”