New area President for SVP in Newry and Mourne 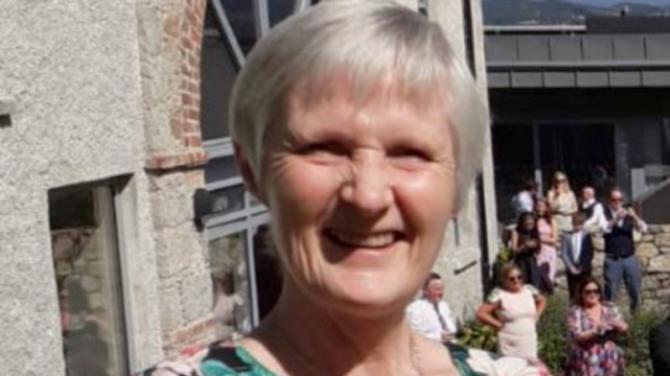 A NEW St Vincent de Paul Area President has been elected to represent Conferences in Newry and Mourne. Rosemary Cunningham has taken on the role to reinforce the ethos of the Society at a local level.

Rosemary, a physiotherapist, studied at Ulster University and is married with three children and five grandchildren. She joined SVP after a casual conversation about the work of the Society with her aunt Cora O’Hare, who was a member, and this lit a flame in Rosemary to join the Society. Rosemary joined St Brigid’s Conference 14 years ago with a view to attending meetings and working with families in the area where she had grown up.

Speaking of her experience as a member of St Vincent de Paul, Rosemary said: “By becoming a member of SVP it opened my eyes to another side of my local community and society in general. It really hit home to me that not everyone was as fortunate to have the opportunities that I had had in family life with education and in work and I really wanted to try to help those that I honestly hadn’t given a lot of thought to previously.

“St Brigid’s is a close-knit Conference and members help single parents, couples, elderly people in the community and those who live alone. People who have suffered bereavement, illness and family separation and, in some ways, the issues I helped people with 14 years ago are more relevant today due to the impact of the pandemic, including poor money management, loss of money eg due to loss of employment and addiction.

“I soon became involved in organising two large events every year for older people and this was a great way of getting to know the local people. I learned a lot of new skills in how to successfully implement an event for more than 120 people! I also trained to provide Home Visitation and it’s true that you never forget the first family you visit. I also worked with primary schools in a fruit recognition scheme for 6 to 7 year olds to help improve social skills and speech etc in the children.

“In the last four years our Conference has also supported a student in third level education and I would say that volunteering for SVP gets under the skin and into the bloodstream when the help provided shines through as being of real benefit to those who receive it.”

Speaking about becoming Area President and how the work of SVP has adapted in the past year of dealing with the fallout from the pandemic, Rosemary added: “This past year has been like no other. Thankfully we have been able to avail of some grants from the local council and although we have been able to continue with the work of SVP in deprived areas, we have had to change how we do it. I worry about the mental health of the people I see in the local communities who have been cut off from society and whilst there would be a core group of people who would benefit from SVP regularly, I have also seen a new group of people emerging to request help, some are in their 30s and have maybe been working in hospitality and have been out of work for the first time since leaving school. They are almost embarrassed to ask for help and this worries me. We will help them until they are back on their feet and we would encourage anyone who thinks they may need help not to be embarrassed. SVP is non-judgemental and we are here to help.

“Looking ahead and thinking about my Presidency, I’m excited that I might actually be able to meet some of the members face to face in the Conferences I’m now representing across the Newry and Mourne area. I’m looking forward to being involved in some of the bigger picture activity and I’m privileged that I’ll have support from across the network and have the opportunity to work closely with SVP Regional President, Mary Waide.”

If you would like to become a member of SVP, make a donation to SVP or if you are in need of help, please visit www.svp.ie.