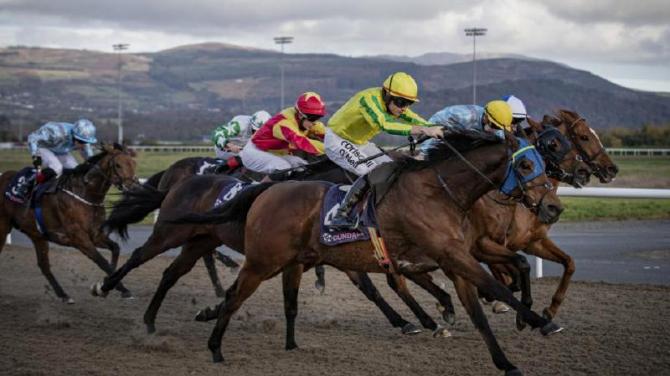 BOOKMAKERS in Newry and across Northern Ireland will no doubt welcome proposals which allow their shops to be open on a Sunday.

Those changes include permitting bookmakers and bingo clubs to open on Sundays and Good Friday, and that, following hard on the heels of the controversy arising from the legalisation of abortion, is likely to further polarise 'liberal' and 'conservative' thinkers.

The South Down MLA Sinead Ennis sought to put a wholly positive spin on the move when she said. ““I welcome the announcement of Minister Deirdre Hargey’s plans to change the law to modernise gambling laws and protect people who gamble.

“This will update laws which are decades out of date and don’t reflect the change in technology.”

However, she then added a note of caution by saying, “Gambling can be enjoyable, but we also need to make every effort to tackle problem gambling and keep people safe, particularly young people. This is a major step towards modernising gambling laws and making it safer.

“Across Ireland, Sinn Féin are committed to tackling problem gambling and bringing our laws into the 21st century.”

William Irwin MLA stated, “There are significant concerns around the impact of gambling and especially so during the Covid19 pandemic where a number of factors combined to see a massive surge in gambling in many formats. There needs a total focus on the issue of problem gambling and the impact of this on the individuals concerned and their families.

“There are many high profile people who in recent times have spoken out as to the dangers and impacts of gambling addiction and their stories - and indeed their recommendations in terms of helping to deal with the issue - should be listened to carefully.

“That is the challenge for legislation; it must not add to the already-existing issues, it must be carefully constructed to minimise the problems associated with gambling and prevent further difficulties in the longer term.”

The first phase of Minister Harney's changes will be legislation to deliver tangible changes to 17 key aspects of the existing laws, mainly those relating to premises-based gambling.

While these changes include measures to improve protection for children and young people, they would also see relaxation of the rules relating to opening hours. That, too, may prove contentious.

The legislation will be introduced in the Assembly in the next few weeks.

In the wake of public consultation on the issue, Ms Harney has proposed a two-phased approach in order to enable changes in the current Assembly mandate.

Explaining her motives and thinking she said, “Gambling legislation has remained largely unchanged since it was enacted 35 years ago. As a result, gambling regulation here has not kept pace with industry and technological changes. In my view change is long overdue.

She continued, “It is clear from our consultation that people are content for some of the existing legal constraints on gambling to be relaxed. But they also believe that government, the gambling industry and others need to do much more to prevent, control and combat problem gambling.

The pragmatic approach I am taking will mean that we deliver some much-needed change in the short term, while simultaneously ensuring that complex areas of regulation and online gambling are given the time and consideration they need.”

create powers to impose a statutory levy on gambling operators;

establish a mandatory code of practice for those holding gambling licences;

broaden the definition of cheating to include attempted cheating;

remove some of the restrictions on promotional prize competitions;

permit bookmakers and bingo clubs to open on Sundays and Good Friday.

Phase two, which will take longer, includes a completely new framework designed to regulate online gambling. This will include new regulaions with regard to gaming machines.

Recently the Minister announced that she is also changing legislation to enable local voluntary groups and clubs to sell tickets online to raise funds.