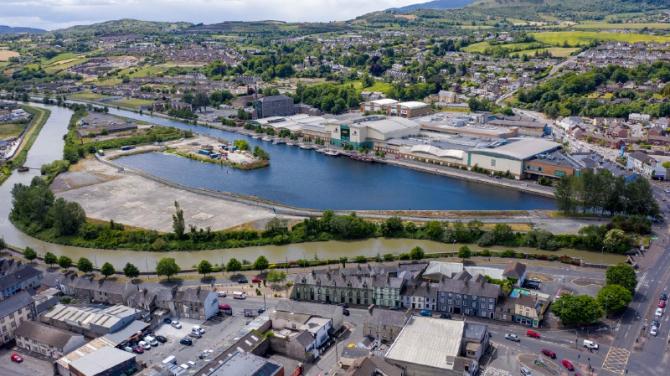 TIMETABLING for the development of a new Newry city centre public park has been highlighted as a major concern in the second online meeting by a local pressure group.

A well-attended online meeting on the Albert Basin Park took place on Thursday evening, with a panel of councillors and stakeholders including children's organisations and the medical profession.

Transparency on the proposals for a public park has been questioned with attempts in the past to shoe horn car parking space on the Albert Basin as well as continued delays on a the promise of a sod cutting before the end of the current council term in 2023.

Newry 2020 chairperson, Brian Cleland pointed to the Newry Democrat that the community's expectations were very high and warned the council not to deceive the people and their wish for a city centre green area.

“The council needs to avoid a repeat of the fiasco last year when management had proposed building shops and houses on the site,” warned Mr Cleland.

“Shops and houses were not the only risk.

“Car parking is a concern to many people, but the solution is not to take away from the only green space opportunity site that we have.

“The community has demanded a world class 15 acre city park, and any proposal that does not meet these expectations will not succeed,” he added.

Despite the frustrations, a strong determination to push ahead was clear from both the panel and the audience members.

This is the second such public online meeting organised by Newry 2020, the visionary pressure group behind the popular support for a Newry public park.

More follow-up public meetings to discuss the new concept design of the park when the blueprints will be published.