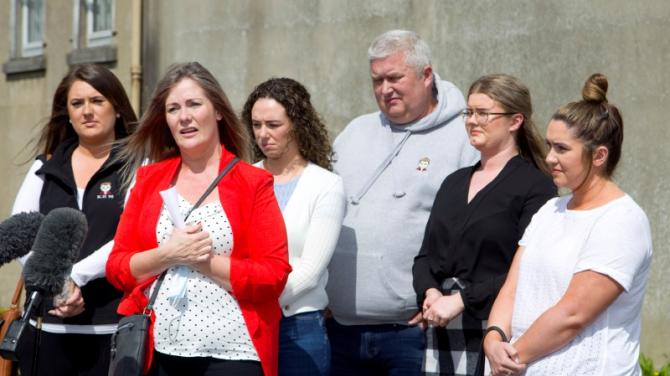 TWO dating drivers have been sentenced to 80 hours community service for causing the death of a Warrenpoint man on the A1 carriageway.

Donald Hughes (35) of Thiepval Barracks, Lisburn and Shelagh McMahon (33) of Ardcollum Avenue, Dublin confessed to causing the death of the 27-year-old by driving carelessly on the A1 dual carriageway Drumneth on May 23, 2018.

A more serious charge of causing death by dangerous driving was left on the books.

Local man, Karl Heaney (27) was travelling home from training with Newry Mitchel's GAC when he died in a two-vehicle collision between Banbridge and Dromore at approximately 11.30pm.

The co-accused had been out on a date in separate cars when the crash occurred.

He was driving a silver Ford Fusion car which was in a collision with a black Kia Ceed, driven by Hughes, close to the junction of the Halfway Road while McMahon was behind the wheel of a Kia Rio.

In the aftermath of the tragedy, Mr Heaney’s mother Monica spearheaded a campaign and petition for the road to be upgraded.

Before passing sentence a victim impact and pre-sentence probation reports were presented to the court.

Newry Crown Court previously heard how a combination of factors being the two defendants not knowing the road or its topography, the poor signage and overgrown grass verge on what His Honour Judge Paul Ramsey QC said was possibly “the busiest road in NI”, led to the tragic death of Mr Karl Heaney .

The co-accused were also both disqualified from driving for two years.