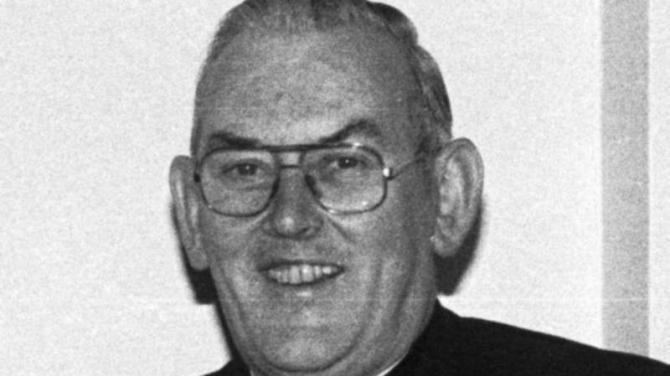 HIGH court proceedings against former St Colman's College principal Fr Malachy Finnegan have been set for the first ever trial to be held against the prolific paedophile priest.

A survivor of sexual abuse n the 1970s at the hands of the now deceased Fr Finnegan is suing the trustees and the board of governors of the Newry school and the Diocese of Dromore.

The plaintiff, whose identity is legally protected, is now aged in his 60s and is seeking damages for alleged negligence and failures to protect him from the school principal.

KRW Law, solicitor Kevin Winters spoke to the Newry Democrat this week on the pioneering case being brought forward by his client.

“We act on behave of a plaintiff who was abused by Malachy Finnegan during the 1970s in a high court action for damages,” said Mr Winters.

Other witnesses are also expected to give evidence about the priest’s activities during his time at the Violet Hill school.

“We are very pleased that nearly 20 years after the death of Malachy Finnegan there will now for the first time be a legal case looking at what happened here,” he added.

The priest taught and worked at St Colman’s College from 1967 to 1987, spending the last decade as the school’s president before going on to serve as a parish priest in Clonduff.

In 2018, Bishop John McAreavey resigned after he was criticised over celebrating a Mass with Fr Finnegan as well as officiating at his funeral.

Allegations surfaced in 2019 that Fr Finnegan could have been a police informer.

The PSNI in a response to a legal query, said it could neither "confirm or deny" that Finnegan had been an informant.