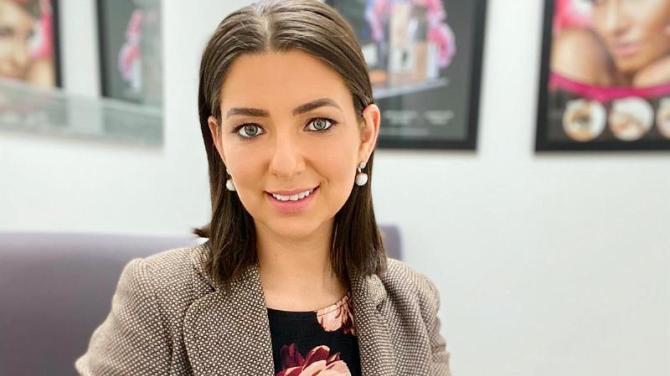 AN IRON curtain of immigration is about to descend on Northern Ireland with thousands of EU citizens left with only days to claim their legal right to remain within the UK.

Thousands of people have now already applied for 'Settled Status' in the Newry, Mourne and Down District area after spending years working in the local economy away from the motherlands in the European mainland.

The seismic shake up of immigration laws in a post-Brexit world is witnessing a flood of foreign passport renewals from Newry to Belfast to support Settled Status ahead of the deadline at the end of the month.

Latest figures show that by the end of December, a decision had been reached on just over 80,000 applications.

More than 96% of those the already 80k plus applicants have been granted Settled or Pre-settled Status.

The majority of those EU citizens who have applied for Settled Status are from Poland, Lithuania and Romania.

Glambition beauty salon owner, Patrycja McMahon who moved to Newry from Częstochowa is one of thousands of Polish nationals who have had to apply to stay in Northern Ireland.

"I was only 19 years-old when I moved to Newry with my parents and my brother, it has become my home,” said Patrycja.

"The actual process of registering for the settlement scheme was quite easy and quick to do online.

“It felt strange as I have lived in Newry for so many years now.

“The idea that I had to prove I had the right to stay here or be forced to move back to Poland was odd.

“I'm married to an Irishman and my children are half-Irish, I'm paying my taxes, but I still had to go through that process.

"So I was a wee bit annoyed about that.

“I would say to people like myself to make sure they register before the deadline.

“I know many people from Poland and other EU countries who live here in Newry and most of them that I know have registered.

“Hopefully, anyone who hasn't already done it will now go ahead and register so that they can stay in a place that has become their home from home,” added the businesswoman.

By registering, EU nationals can gain 'Settled Status' which is granted to people who can prove they have been in the UK continuously for five years or more.

Those living in the UK for shorter periods can qualify for what is called 'pre-settled status', which can be upgraded to settled status with a new registration, once the applicant has reached the five-year milestone.

Though, until they have reached five years residency they may not be entitled to the full rights of a citizen when it comes to medical and employment benefit needs.

The highest number of concluded applications in Northern Ireland have, so far, come from Polish people (24,810).

The lowest number of concluded applications are from Icelandic (20) and Maltese nationals (30).

There have been no applications from nationals of Luxembourg or Liechtenstein.

Northern Ireland had a noticeably higher proportion (19%) of applications from people under-18 compared to other parts of the UK (15% in each nation).

There are separate arrangements for people from the Republic of Ireland, under the terms of the Common Travel Area which will effect 'frontier workers' or those who travel from the South to work in the North, though it is expected that a new border for EU citizens could now be virtually generated as people fly into one jurisdiction and drive to another, requiring ID checks.

Honorary Polish consul Jerome Mullen, whose office is based in Newry told the Democrat that his office has experience a huge demand for passport renewals to support their settled status registration, requiring extra days of operation for the Polish Consulate.

“What we are going to witness come the beginning of July is an unknown quantity in terms of what will happen next, but what is for sure is that if you are an EU citizen who hasn't registered you could soon find yourself on the first flight out of here,” warned Mr Mullen.

“I don't think the authorities will come out in mass to throw people out, but what I expect you will find is that EU people who come to the attention of the law or even for medical assistance may have to show proof of their settled status and thus their legal right to stay or be medially treated,” he added.

Though it is not just the individual who will become the focus of the new law.

The Honorary Consul and former businessman, has stressed his major concerns for future employment in terms of factories and the hospitality industry who will suffer the consequences of a heavy handed Westminster government.

“There will be a notable fall in EU citizen staying here.

“The big factories locally will probably feel the effects in the attainable workforce for themselves.

“For those now wishing to begin the journey to Northern Ireland from places such as Poland, they will have to prove that they have a skill set and that perhaps proof of a job offer and that has to be to a wage of £25k.

“What can be said is that we don't really know the full extent of what is going to happen, but come July 1, the door will be shut, grace time will be over and the upscaling of the law will come into force,” added the Honorary Consul.

The deadline for Settled Status applications is June 30 with online registration.

Down aiming for Ulster upset

Do or die for Down