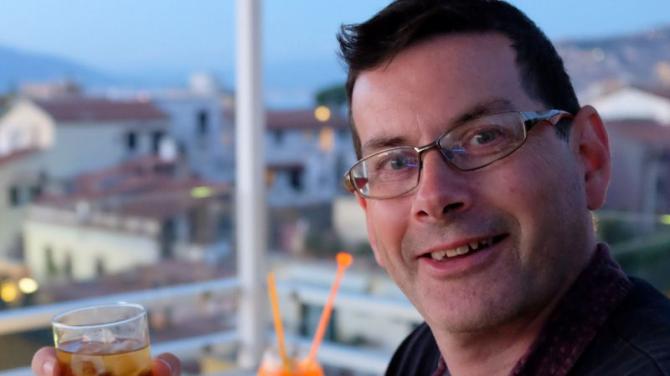 BLOOD donations for gay and bisexual men in Northern Ireland have been dealt significant blow with a Newry man disappointed by what he sees as a kicking the can down the road situation.

The local man told the Democrat that he had previously given blood and received blood as a younger man leaving him wanting to repay the good acts of others.

The delay in accepting so called “gay blood” donations has been blamed on the lack of staff and training resources.

The changes mean men who have been in a same-sex relationship for more than three months would now be able to donate for the first time.

The new rules were officially announced last December and were due to be implemented across the UK from Monday.

But Northern Ireland Blood Transfusion Service (NIBTS) chief executive Karin Jackson has had to delay for another three months as it said the systems are not yet in place.

Ms Jackson said the coronavirus pandemic has had a substantial impact on the service, which has been focused on blood collection for the NI population over the last year.

"This is very specialist knowledge that is required and we didn't have access to that source.

"We now have access and we are moving at pace to implement the training to bring our staff up to speed.

"It's important to remember we are the smallest blood services in the UK and as such we are small in terms of resources available to us,” she added.

Previously men who had been in a same-sex relationship had to wait for a year after their last sexual activity before donating blood, before this was reduced to three months.

At the time the health minister said his decision was "guided purely by the science".

As with earlier decisions to change the blood donation rules, he said he had been advised by a Safety of Blood, Tissues and Organs (SaBTO) committee, which advises UK health departments, and was "content" with the decision.

However, he said it was "still of paramount importance that all potential donors are honest in their response to the assessment questions and comply with any deferral rules that apply to them".

Editor of Newry.ie, the local online newspaper, Columba O'Hare gave the Newry Democrat a candid account this week of how it feels to be ruled out by the law from potentially saving someone's life.

“I have to say when I heard the news that donating blood for gay people had been delayed from starting this week I was left feeling really disappointed,” said Columba.

“In a way we have had to wait so long and to be at the point after decades to actually finally be able to give blood and to have it kicked down the road again, it is so frustrating,” he added.

The media man and well known local photographer has been a central figure in gay rights in Newry and has been a proud activist in raising concerns and issues within the LGBTQ community.

Having been an active blood donor in the past, the new change in the rules was finally about to allow Columba to again pull up his sleeve.

“The strange thing is I am probably in a unique position as a gay man to have actually both donated blood and received blood over my life,” said Columba.

“When I was a younger man I remember feeling that it was really important to donate blood and it was something that I really wanted to do.

“When you look at it giving blood can be such a simple and easy thing to do, but the fact that it can be a real lifesaver for someone, then you just almost feel compelled to do it as a fellow human being.

“When I was a late teenager I went to give blood a number of times in Armagh.

“At the time I was still finding out who I was and I wasn't out as gay.

“Then a few years later, I got ill when I had a bleeding stomach ulcer and had to go to hospital for an operation.

“When I was there I must have received four units of blood, about the same that I had donated overall.

“It was a great feeling to know that perhaps I had saved someone else's life in the way they had saved mine, simply by donating blood.

“However, the whole episode really put me out of kilter and I didn't get back to donating blood straight away.

“By the time I was ready to give blood I had come out as a gay man and had found the it was illegal for me to donate blood, which was well, not very nice.

“When you look at it, I have been with my husband Gary from Armagh for 23 years now and we got married in 2006 and we have both been faithful to each other over all those years.

“If I want to donate blood, I will be asked if I have been in a relationship for about three months before I would be allowed to donate, but there is no requirement for a straight man who could have had multiple partners in that time.

“It just seems very unfair to target gay men in that way, they should be equal and there should be a parity of esteem.

“I just hope that there will be no more delays come September, I just want to donate blood and help to give back to the health system after they saved me,” said the Newry man.