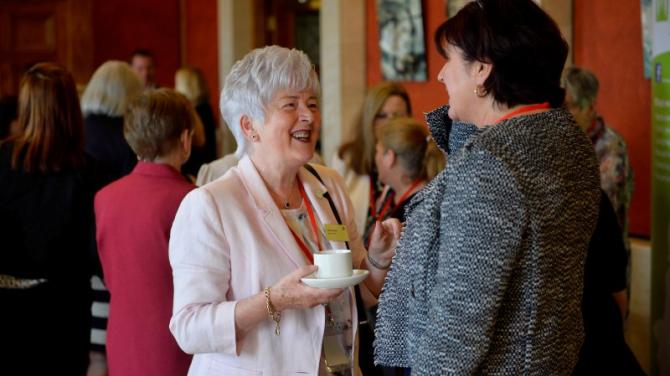 SEVERAL local people from the greater Newry area have been named on this year’s prestigious Queen's Birthday Honours List.

The list formally acknowledges the contributions and service that these individuals have made both to their local communities and Northern Ireland as a whole.

Among the select number of 91 people from Northern Ireland that have received honours on the list year, two hail from locally based worthy charities that have enriched the Newry community as a whole.

Co-ordinator of The Clanrye Group, Peter McAteer has received also received a BEM in acknowledgement of his substantial contributions to improve the well-being of young people in the local area.

A number of other exceptional individuals from the wider south Armagh and south Down area have also been awarded honours for their contributions to their communities and society as a whole.

Among this group are Gertrude Jamison who has also bee awarded a BEM for her contributions to music in south Down alongside Margaret McNellis for services to charity and music in south Armagh.

Overall the Birthday Honours List 2021 is the most ethnically diverse list to date, with 15% of recipients coming from an ethnic minority background.

In a year that has truly tested the resolve and determination of the country, almost 23% of recipients are recommended for Covid-19 service.

These include recipients who have given charitable and voluntary support to communities, service in health and social care, and those who have provided critical infrastructure support.

The majority of awards are for the contributions people have made in their communities.

Of those receiving an award, 62% are recognised for their community work.

The honours system strives to be inclusive of all of the UK society.

People who have undertaken outstanding work in their communities either in a voluntary or paid capacity made up 695 (62%) of the recipients.

Women (567) are recognised in the list, representing 50% of the total (39% of recipients at CBE level and above are women).

Ethnic minority background candidates made up 15% with 9% of the successful candidates being disabled or having a long-term health condition.

Those who considered themselves as being from lower socio-economic background made up 17.3% with 5% of recipients being from the LGBT community.