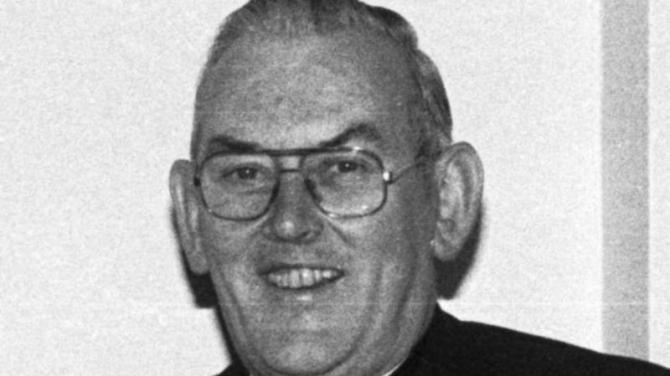 A SIX figure sum has just been awarded to a former St Colman's College pupil suing for shocking allegations of a failure to protect him from abuse at the Newry school.

High court proceedings against former St Colman's College principal Fr Malachy Finnegan were due to go in motion this week for the first ever trial to be held against the prolific paedophile priest.

The survivor, Mr Tony Gribben has bravely lifted his anonymity this week as Archbishop Eamon Martin, the Primate of all Ireland is set to offer an apology for Finnegan's years of the sexual abuse that drove his victim towards a path of suicide.

After almost 50 years of protecting his identity Mr Gribben has stepped forward in order to “shine a light on the industrial scale of child sexual abuse of young schoolboys” in Newry.

“For the apology to be meaningful the Church must acknowledge it was more concerned about protecting its reputation than safeguarding children from the actions of predatory paedophiles like Finnegan,” Mr Gribben told the Democrat.

“The Diocese needs to be completely transparent in cooperating with a long overdue investigation on its failings,” added the survivor.

The local man was abused as a young pupil in the 1970s at the hands of the now deceased Fr Finnegan.

According to his case, distressing flashbacks and nightmares about what Finnegan subjected him to resulted in a post-traumatic stress disorder.

He also suffered from suicidal thoughts and at one point deliberately took an overdose of medication.

Mr Gribben took the case against the trustees and the board of governors of the the Newry school and the Diocese of Dromore.

The plaintiff, is now aged in his 60s and was seeking damages for alleged negligence and failures to protect him from the school principal.

On Monday, the non-jury trial was due to commence and was expected to take five days.

However, by midday the case was settled to an undisclosed amount in the hundred thousands of pounds.

KRW Law, solicitor Kevin Winters spoke to the Newry Democrat on the pioneering case being brought forward by his client with the flood gates now open to future cases.

“We act for Mr Tony Gribben in his High Court Action against the Diocese of Dromore and the board of governors of St Colman’s College Newry for historic abuse,” said Mr Winters.

“Over 45 years ago he was abused by the now deceased former president of the College, Malachy Finnegan.

“We are pleased to announce he will receive a six figure compensation settlement and a personal apology from the Bishop to reflect the pain suffering hurt and distress experienced by him when he was a pupil at the school.

“We commend Tony for his tenacity in pursuing this case after all this time.

“His brave decision to drop his anonymity should help to expose Finnegan’s industrial scale abuse of schoolboys.

“He now wants his case to shine a spotlight on the failure of the Church and the school to uncover this appalling criminality,” added the

The paedophile priest taught and worked at St Colman’s College from 1967 to 1987, spending the last decade as the school’s president before going on to serve as a parish priest in Clonduff.

In 2018, Bishop John McAreavey resigned after he was criticised over celebrating a Mass with Fr Finnegan.

Allegations surfaced in 2019 that Fr Finnegan could have been a police informer.

The PSNI in a response to a legal query, said it could neither "confirm or deny" that Finnegan had been an informant.

The priest taught and worked at St Colman’s College from 1967 to 1987, spending the last decade as the school’s president.

He went on to serve as a parish priest in Clonduff, Co Down.

In 2018 it emerged that the Diocese of Dromore had settled a claim made by one of his alleged victims.

The board of governors at St Colman’s has previously condemned the physical, sexual and emotional abuse inflicted by Fr Finnegan while he was working there.

In an attempt to erase the paedophile priest’s past with the College, his image was also removed from all the school’s photographs including the many GAA successes over the years.

The PSNI set up a team of detectives to investigate Finnegan’s activities as they emerged.

Twelve people were said to have been interviewed under caution, but no direction was made to prosecute anyone.

However, the Diocese of Dromore reached a settlement with those survivors.

With a Police Ombudsman inquiry into earlier alleged RUC failings also closed, no findings have been made of any institutional connivance within the Church.

That decision was taken, when the school's board of governors was informed that the Diocese of Dromore had reached a settlement with one of the 12 victims.

The Democrat contacted the Diocese of Dromore, but at the time of going to print no reply had been given.