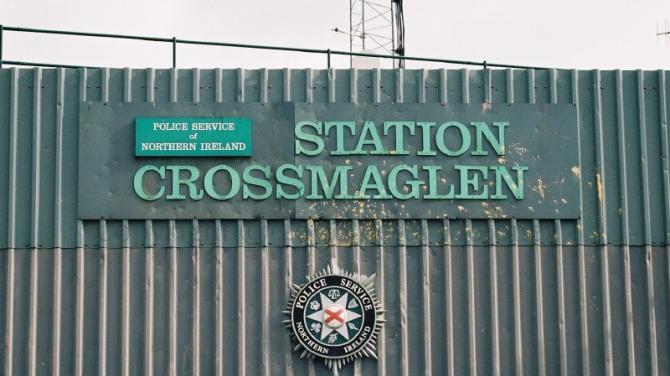 CROSSMAGLEN Police Station is to close with Newtownhamilton Station set to become the centre for policing in South Armagh.

More police will be on the beat in South Armagh while there will be no more high powered/high velocity arms on show by police officers in the area.

The local community is to have more imput into policing in South Armagh while Police vehicles are to more visable in the future.

Some of the changes which were discussed at meeting of the Pollicing Board yesterday, Monday.

The new look policing in South Armagh has been met with a positive response from Nationalist politicians.

SDLP MLA Justin McNulty said that the changes offered a great opportunity for the people of South Armagh.

“There are a number of recommendations to bring about normalisation in the South Armagh area.

“These include the closure of Crossmaglen Police Station. This will provide a great opportinity for Crossmaglen Rangers to develop their grounds for the future.

“Newtownhamilton will be the new centre for policing in South Armagh although that may change as time goes on.

“I very much welcome that the local Communities will have an input on how policing is carried out in their areas.

“Basically, anything that works towards normalising policing is a very positive move and one which is very welcoming.”.