McConville: 'Station should be consigned to history' 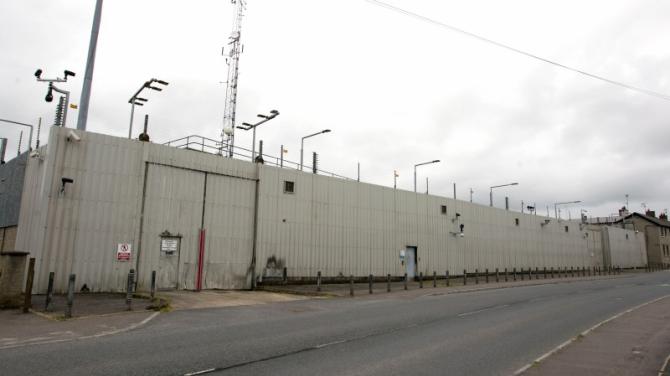 ALL-IRELAND winner Oisin McConville says that the closing of Crossmaglen police station is welcomed by the local community and in keeping with the times.

As revealed in last week's Newry Democrat the Crossmaglen police station is earmarked for closure with Newtownhamilton Station set to become the new centre for policing in South Armagh.

While the army pulled out in 2006, there remains a heavily fortified barracks and its location, encroaching on the Crossmaglen Rangers pitch, has been a blight on the town and the social-worker believes the area can be put to good use.

“The fact that it is now going I think the community in general will be happy,” McConville said.

“I don't think there was any need for a police station of that magnitude to be stuck in the middle of small rural town.

“And the fact that it is going to be closed I hope the remanence will be stripped away and that maybe we can use that area of the town for something constructive and for the community.”

Sporadic attacks on the Crossmaglen Station have taken place over the last decade, none resulting in major damage or loss of life.

McConville, who has lived in the area all his life, feels that the decision to remove the station is in line with peaceful wishes of the Crossmaglen community.

“It is significant times, people in Cross have benefited from the peace process, the troubles are much in the past and it is another significant landmark to say that we are not going back there,” McConville said.

“It is a very significant time for the town and another way of saying that the peace process and peace in general has been embraced by the people of south Armagh and particular Cross. And this will be just another milestone along the way for the people who have put so much work into getting us to where we are.”

There have been massive strides made in tourism in the south Armagh area, be it glamping or taking nature walks in Slieve Gullion, horse riding in Mullaghbawn, or tasting the organic strawberries and freshly made tray-bakes in Crossmaglen, but McConville feels that the sight of the huge station has held back the full potential of tourism.

“It is now not in keeping with the rest of the town as there has been so much regeneration done and Cross and south Armagh is as much a tourist destination and the huge police station is the one thing that has held tourism in the area back a little bit and it think this will help move that process on and make Cross a much more attractive place to go into, - especially now that there won't be a big army barracks in the middle of it,” he said.

The station is situated in quite a central part of the town on the Culloville Road and the GAA pundit hopes that the land can be put to good use for the people of Crossmaglen.

“It's a significant area of the town and I would like to think that it will be put to good use and something that will benefit the community,” McConville said.

“The opportunities are endless and I am sure there are smarter people than me that figure out how to use the land. We can use the land well rather than stick a load of houses up or apartments, there is the opportunity.”

McConville played for and managed Crossmaglen Rangers and the presence of army and then the police station didn't deter him from winning six All-Ireland club titles, scoring the decisive goal for Armagh's sole Sam Maguire win in 2002 and picking up national all-stars.

But he doesn't want any of children in Crossmaglen to feel disenfranchised from normal society.

“It's time it was consigned to history, the children growing up now don't know the troubles, although they know the history of the troubles; so to have that monstrosity as the backdrop to the football club is not in keeping with where we have come as a country and with the peace process,” said McConville.

“Our children don't need looking at it every time they are going to the pitch and wondering why their pitch is different to everybody else. So that's another reason it is significant that it is going.”