£12Million spent by Council on the collection and disposal of waste in last twelve months. 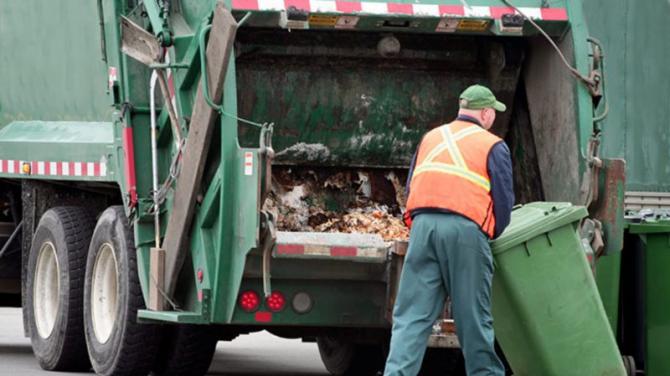 SOME £12Million was spent by the local Council on the collection and disposal of waste in the last twelve months.

Over £10Million went towards Recreation and Sport and tourism in the District Council area.

NMD Council area has an estimated population 181,3689 with approximately 1,030 employees.

The Council has an annual budget of circa £59Million made up from rates income; grants from central government and income generated from specific services. It is the third largest local Government Council area in Northern Ireland.

Presenting their Statement of Accounts for the Year ending 31March, 2021, the Report showed that the basic allowance total for 42 councillors was £634,926.

The most significant capital projects, which were completed during the year, included Bann Road Pavilion; Newry Tennis Court Bubble and Derrymore Playpark.

The Report reflects on a difficult year for The Council and much uncertainty in the year ahead.

“The Council is fully aware that it is operating in a continual challenging environment with the ongoing Covid 19 pandemic. The impact of Covid 19 has significantly impacted on Council’s operations and finances in the current year.

The future impact of Covid 19 on operations, on our rate base and on our finances is uncertain, as many assumptions are included in our budgets for 2021-22.

Various uncertainties remain as the to the impact of Brexit and the NI protocol will have on the NI economy and the Council. It is too early to understand the full implications of NI Protocol on jobs and investment in the District until trade negotiations are finalised and grace periods come to an end.

The Council continued to face a range of significant budget pressures including general inflation, increases in demand for everyday services as the population grows, and increases in core costs such as wage increases, the national living wage and pension contributions. The Council will also face significant year on year increases in several areas such as waste disposal costs.

However the Council is committed to delivering business as usual where possible and will continue with our ambitions for the district included within our interim Corporate Plan 2021-23. The Council strives to deliver the highest standards and these efforts have been highlighted below with some of the Council’s key achievements in the year ending 31 March 2021:

NMDDC established the Covid 19 Community Coordination Hub in March 2020. During the 17 weeks of shielding a total of 18,407 food boxes were delivered with the assistance of 144 organisations and individuals throughout the District;

A new Regeneration and Economic Development Strategy was launched in November 29020, the core of which is to support local buisinesses and attract investment and jobs to the district;

Hilltown and Kilclief have both seen the installation of new play parks;

To support the economic recovery of the District, the Council has issued approximately 807 letters of offer, with a combined value of approximately £1,1Million to assist local businesses as they navigate the impact of Covid 19;

£731K awarded to 337 projects across 16 thematic areas via Council’s financial system scheme; and Council received 1,117 planning applications and decided on 1,038 which is the highest across Northern Ireland.