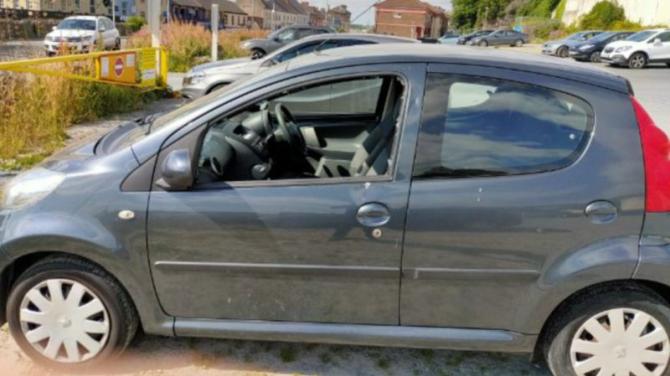 A SMASHED passenger window and a ransacked car. This is what awaited one worker in Newry as they returned to their vehicle which was parked in the North Street Car park .

The owner of the vehicle is the latest victim in what has been an ongoing string of vandalism and break in incidents at the site which is operated by The Newry Business Improvement District ( Newry BID).

Although the organisation did have an onsite parking attendant which acted as an indirect deterrent to vandals, according to Eamon Connolly, a spokesperson for Newry BID, since the organisation is membership funded, the damage caused to revenue streams by the Coronavirus pandemic has resulted in the removal of this attendant as funding is no longer viable.

“Since we are a membership funded organisation the loss of revenue that our members have experienced as a result of the pandemic has also translated over to Newry BID having to redraw it’s budget and provide greater financial support to its members.

“This combined with the fact that fewer people were using the site at North Street during lockdown has resulted in us taking the regrettable decision to remove the parking attendant who was only ever there to monitor parking in the area and was not in place for security purposes.

Since August of last year a number of cars have been subjected to this kind of treatment , including one incident that the Democrat reported in which one lady had her sun roof obliterated by hooligans throwing bricks and masonry from the elevated height just above the car park.

Although the attendant has been removed, Mr Connolly would like to remind everyone using the car park site at North Street that in parking their car here they do so at their own risk although a few simple measures can dramatically decrease the chances of having your car broken into.

“There are several signposts at North Street informing people that choose to park here that they do so at their own risk and that Newry BID cannot be held liable for any damage incurred to vehicles.

However, there are several steps that can be taken to decrease the chances of having your car targeted by criminals such as ensuring that all valuables are left out of site and making sure that your car is locked before leaving it.

Police are appealing for witnesses after criminal damage was caused to a car in North Street, Newry, which was reported at approximately 8.50pm last night, Thursday July 15th.

Inspector McCullough said: “It is understood that the criminal damage to a grey Peugeot 107 took place last night. The front passenger side window of the vehicle was smashed.

“We are appealing for anyone who might have information or dash-cam footage which may assist the investigation to contact police on 101 quoting reference number 1859 15/07/21.

“Or if someone would prefer to provide information without giving their details they can contact the independent charity Crimestoppers and speak with them anonymously on 0800 555 111.”