Females out number males in NDM 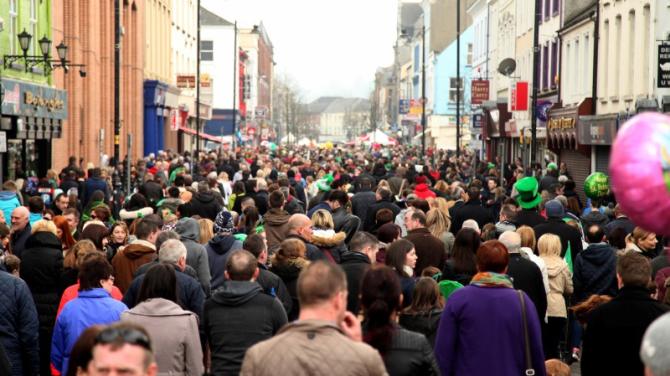 THERE has been an exponential increase in the population growth rate in Newry, Mourne and Down over the past twenty years.

From 2001-2020 the overall population in the council area has increased from just 153,726 people to 181'400 as of the end of 2020 an overall increase of 27,674 people. Latest figures also show that, whilst that growth has slowed down in the last twelve months, the percentage increase over the past 10 years is double the average in N Ireland. Back in 2011 the total number of people in Newry Mourne and Down sat at a grand total of 171,100 people with the population growing by over 10,000 people in just over a decade.

Presently the number of females also outnumber the males with women comprising 91,400 of the total population with the overall number of men sitting just above 90,000.

In comparison to the other council areas Newry Mourne and Down is third in the lead for population growth falling only behind Armagh, Banbridge and Craigavon and Mid Ulster District councils who recorded a 23.4% and 25.1% increase in population growth the in the same time period from 2001 respectively.

Underlying the increase in population growth are a myriad of factors ,the most prominent of which being the natural change rate of the population which accounts for the amount of people who have died in the twenty year time period subtracted from the amount of people who have been born with the birth rate being substantially larger than the overall death rate. This has resulted in what is known as a positive change rate of 5,200 births over the past twenty years.

Other factors that contribute to the growing population rate including a perpetually growing demographic of foreign migrants travelling into Northern Ireland however interestingly enough migration cannot be labeled as an influencing factor as throughout the entirety 2020, for the first time since 2013,Northern Ireland recorded a negative change in the amount of migrants entering the country with only 21,200 migrating to Northern Ireland in comparison to the 24,500 people who have left in the same time period.