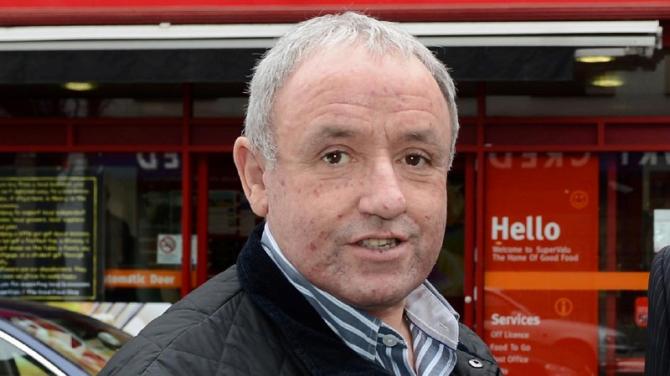 The father of five passed away on Thursday at Daisy Hill Hospital in Newry.

Described as a ‘giant of local retail’, Michael, along with his brother David, successfully developed two very successful supermarkets in the City along with two public bars.

He worked tirelessly for the development of the City and was highly respected by the business community in Newry and further afield.

Michael was also much loved by his staff and the many customers whom he came in contact with over the years.

With his wife Hannah, Michael established the Charity ‘Head Injury Support’ following a road accident with left a member of his family with life changing injuries.

Eamonn Connolly, Manager of Newry Bid, said: “ I have known Michael over 20 years and he was passionate about Newry and Hill Street in particular.

“The Downey family are steeped in Newry business for generations and Michael played his part in adding to that legacy. He was fundamental in revitalising Hill Street with the investment in Supervalu.

“Michael worked closely with the BID on parking issues and was a man of the people. Michael also did much unseen work with causes such as Head injury Support in Newry. He will be sadly missed and we pass on our condolences to Hannah, his immediate family and his brother and business partner David and family. Michaels passing is a terrible loss to his family and a real loss to Newry.