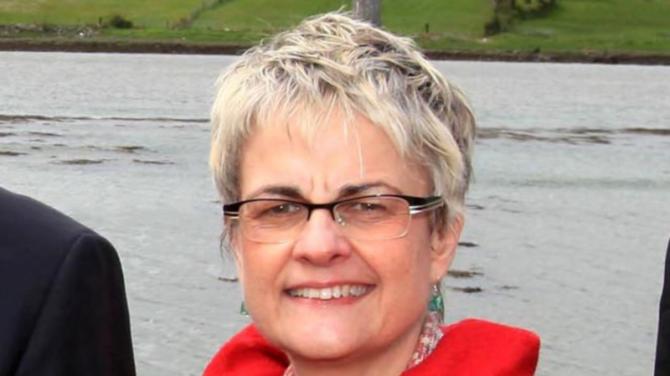 FOLLOWING the first meeting of the House of Lords Protocol committee, Baroness Margaret Ritchie believes the customs border in the Irish sea, more commonly known as “the protocol” will become a permanent fixture to ensure that there will be no return to a hard border on the Island of Ireland post Brexit.

“Personally, I believe that the Protocol is here to stay; it prevents a hard border on the island of Ireland; ensures the interests of the majority in N. Ireland who wished to remain in the EU and those who wanted to leave are safeguarded - notwithstanding our views on the constitutional position- the Protocol does not alter that position.

“ Above all, it provides opportunities for sustaining existing investment; opens up new opportunities for investment and job creation through making provision for dual access to both the UK and EU markets. Those opportunities and potential benefits should be explored and availed of in the best interests of all to underpin our agri-food industry and local economy.. The British Government has gone on incessantly about the need to adhere to the Good Friday Agreement in all its aspects but then adopts a one sided approach in terms of identity and conveniently seems to forget that.

“The majority of people in N. Ireland voted to remain in the EU, and that north/south arrangements on the island of Ireland and considerations of such in terms of identity and trading matters are of equal and valid importance and benefit as the east west arrangements. The painstaking dedication and commitment of all those involved in bringing forward the GFA is now required in sorting out the mitigations and solutions required in the Protocol so that the people of N. Ireland can prosper economically, politically and socially

The committee which is composed of various different members of the house, each with differing opinions towards the protocol, was established to address any and all grievances that individuals and parties may have towards the sea border while trying to resolve these differences in a manner that benefits all parties that have a vested interest in seeing that goods have unfettered access from the UK to Northern Ireland.

Following the first meeting of the group, the former leader of the SDLP stated that if anything the first report issued by the group demonstrates the necessity of “ goodwill, trust, patience agreement and consensus is required to ensure that the current challenges are overcome which will be in the best interests of all the people in N Ireland.

Baroness Ritchie commented: “The first incisive agreed report from the Ireland/N. Ireland Protocol Committee of which I am a member provides an interesting analysis of the large amount of evidence which we received (both in favour and against) regarding the Protocol which is an international trade agreement between the EU and UK. Above all it demonstrates that goodwill, trust, patience, dialogue, agreement and consensus is required to ensure that the current challenges are overcome which will be in the best interests of all the people in N. Ireland.

“The report offers the proposal that both the UK and EU need ongoing dialogue to resolve the outstanding challenges and difficulties to trade whether in the agri-food and medicines sectors to arrive at mitigations and solutions in the best interests of all our people.”

Baroness Ritchie was keen to elaborate on the planned future activities of the committee, stating that the insurance that any and all legislation relating to the protocol is human rights compliant as well as the British governments command paper are just two matters that the committee intends to tackle in the coming months.

“The Committee will explore the impact of the British Government’s command paper; the duties placed with in the Protocol to ensure ongoing adherence to equality and human rights provisions as required by the Protocol and other areas in the autumn. EU documents will continue to be explored.

"Above all this report informs all of us that there is a need for compromise and goodwill on all sides in the Protocol debate to achieve success, benefits and opportunities for all the people of N Ireland.