Morgan's take on the Sahara Desert for Hospice 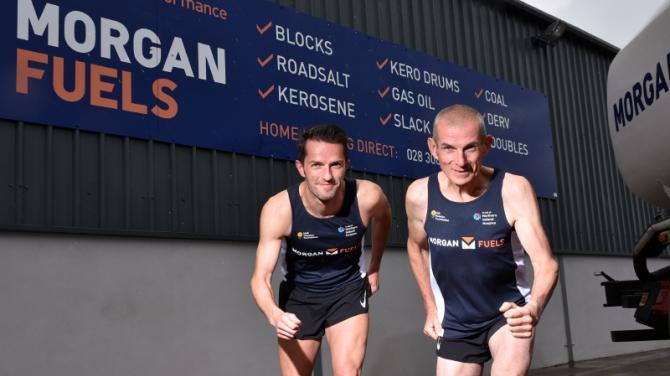 CEO of Morgan Fuels, Hugh Morgan, is well known for taking on marathons around the world.

In just a few weeks he is taking on his biggest challenge to date, known as the toughest foot race on earth. This challenge is to raise money for two amazing charities, Irish Hospice Foundation and NI Hospice.

At the start of October, Hugh along with friend and well-known marathon runner Paddy Hamilton will be taking part in the legendary Marathon Des Sables.

A six day ultra-marathon, that comprises of running 156 miles in the Sahara Desert at a time of year when the temperature can exceed 50 degrees Celsius, all this while carrying their own food and water in a 15kg back pack and sleeping in a tent when they can over the six day challenge.

Team Morgan has taking on this gruelling challenge to raise a target of £100,000 for the NI Hospice and Irish Hospice Foundation, two charities that support those facing dying, death and bereavement throughout the island of Ireland.

The race which was originally to take place in April however it had got postponed and then moved to October due to covid. On reflection both runners have said the change in date meant it was difficult to train and prepare for the challenge as covid made the whole race uncertain but once the October date was confirmed it spurred them on and allowed for extra training.

Despite the difficult training regime and preparations needed ahead of the Ultra marathon, Team Morgan are focused on the end results to help raise the vital funds for both charities.

CEO of Morgan Fuels, Hugh Morgan has said, “The challenge that Paddy and I are facing in the training and preparation for this run across the Sahara Desert is only a fraction of the challenge that the nurses and doctors face each morning as they try to care for their patients who are facing the ultimate challenge as they fight for their life. I encourage everybody to get involved in this fundraising event so we can raise as much as possible for both charities.”

Our overall goal is to help those supporting people in need, with the implications of the COVID-19 pandemic, charities have suffered huge impacts with fundraising events around the globe cancelled. This is our way of helping two worthy charities as they work through challenges to continue supporting those in need.

Team Morgan is all set and ready to go, and if you want to show your support for Hugh and Paddy, visit the link Idonate.ie/TeamMorganRun you can also follow their training by following Team Morgan Run on Instagram.