Funeral of Down GAA legend today 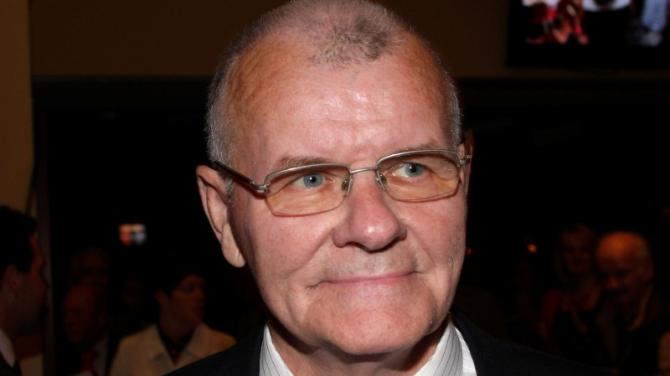 DOWN GAA community will gather in Burren this morning, Tuesday, to pay their final respects to one of their All Time Greats, James McCartan.

An All Ireland winner with his native County in 1960 and 1961, James passed away on Saturday morning peacefully at his home.

The name ‘McCartan’ is synonymous with Down GAA.

McCartan and his teammates brought Sam Maguire across the border for the first time with their win over Kerry in 1960.

A year later a record 90,556 attended Croke Park as the Mournemen got the better of Offaly.

He later served as Down manager, leading the county to a league title in 1983.

Glowing tributes have been written in the last few days to the Down legend.

Coiste Chontae an Dúin described James as ‘an icon of Down Football’..

“Today our GAA world in Down is a poorer place with the loss of a man who was renowned throughout Ireland for his swash buckling style as centre half forward on the Down Team of 1960 and 61. As part of this iconic double All-Ireland winning team, his became a household name. and his football abilities were respected and feared by opponents. He was part of the great half forward line with Seán O Neill and Paddy Doherty that played a key role in the historic breakthrough of 1960.

James of course came from great GAA stock; his father Brian (Briney) had played for and captained Down in the 1920s and early 1930s, and James and his brother Dan would go on and to emulate their father in the Red and Black. James made his championship debut for Down in 1956 at full forward on a team that was beaten by Armagh in Newry. In 1958 he was centre half back on the team that reached the Ulster Final and remained in that position the following year as Down won a first ever Ulster Senior title.

McCartan was also a well-known figure in the world of greyhound racing and in 1978 he won the Irish Cesarewitch with Gullion Lad.

Due to current regulations the family home will be private and numbers in the church will be restricted. Those wishing to may view the funeral mass online on Tuesday at 12 noon via https://churchmedia.tv/camera/saint-marys-parish-church-burren