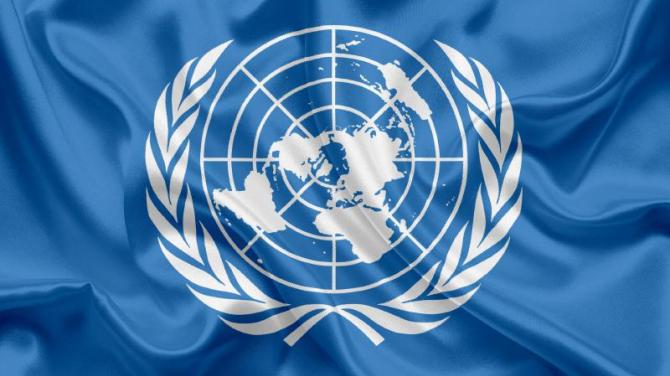 VICTIM’S campaigner Eugene Reavey has welcomed the criticism that several leading UN experts on Human Rights have levied against the controversial proposed statute of limitations that if passed into legislation would provide universal amnesty to all those who criminal atrocities during the troubles, with the UN claiming the statute would be in direct violation of international human rights legislation.

Mr Reavey agreed with the criticism made by the UN citing the fact that despite Brexit, Britain “still has an obligation to adhere to the standards of Human rights put in place by both the UN and The European Court of Human Rights.

"Hopefully the criticism that the statute has received from the UN will help persuade the British government not to pass this motion into legislation which will rob so many families and friends of people murdered during the troubles of the justice they deserve.”

Mr Reavey is also keen to relate the fact that he and his many friends and fellow campaigners within the victim's community have forwarded the statement made by the UN officials to both Nancy Pelosi, Joe Biden as well as every senator on Capitol Hill”.

Mr Reaveys believes that if enough criticism is levied against the statute from enough international elements, then this should hopefully persuade the British government to reconsider passing such an unjust motion into law.

“We have forwarded the statement made by the UN officials Mr. Fabian Salvioli and Mr. Morris Tidball-Binz criticising the statute which they claim is in direct contradiction of the United Nations Human Rights legislation, to every senator on Capitol Hill. In addition to this we have also sent it to Nancy Pelosi and Joe Biden as well as several politicians in the Republic.

"Nancy Pelosi has gone on record saying that there will be no trade deal between the UK with the US post-Brexit if this statute is passed into law.

"The Good Friday Agreement must be honoured no matter what"

Mr Fabian Salvioli, The United nations Special Rapporteur for the promotion of truth has in his written statement expressed serious concern regarding the DeFacto amnesties that will be granted to all those who committed crimes during the troubles stating that

“We in the UN express grave concern that the plan outlined in the proposal by the British Government entitled “Addressing the legacy of Northern Irelands Past” forecloses the pursuit of Justice and accountability for the serious human rights violations committed during the troubles and thwarts victims' rights to truth and to an effective remedy for the harm suffered, placing the United Kingdom in flagrant violation of its international obligations.

Mr Salvioli levies specific criticism against the justification for the motion presented by the secretary of state Brandon Lewis who claims that often the pursuit of criminal justice can impede truth, information recovery and reconciliation.

Mr Salvioli draws attention to the fact that what he believes Mr Lewis is effectively doing here is “conflating reconciliation with impunity”, while also noting the fact that the secretary of state does not seem to be acknowledging the fact that criminal justice is also a key contributor to reconciliation in a post-conflict society, a principal that Brandon Lewis claims supposedly undermines the new motion.

“The essential components of a transitional justice approach - truth, justice, reparation, memorialization and guarantees of non-recurrence - cannot be traded off against one another in a 'pick and choose' exercise,"

“The proposed plan does not seem to include measures for establishing the full extent of the truth about the human rights violations perpetrated during the Troubles and about the circumstances, reasons and responsibilities that led to them".

"Nor does the proposal seem to ensure that this truth is accessible to all victims and to society as a whole, with due consideration of the needs and safety of victims and with their full consent, as established in international standards,"

In conclusion Mr Salvioli urged the UK government to reconsider the introduction of the statute, and to “refrain from “regressing on their international human rights obligations.”

“ The UK government needs to refrain from regressing on their international human rights obligations through the establishment of a statute of limitations for conflict related prosecutions and barring all related investigations, inquests and civil claims".