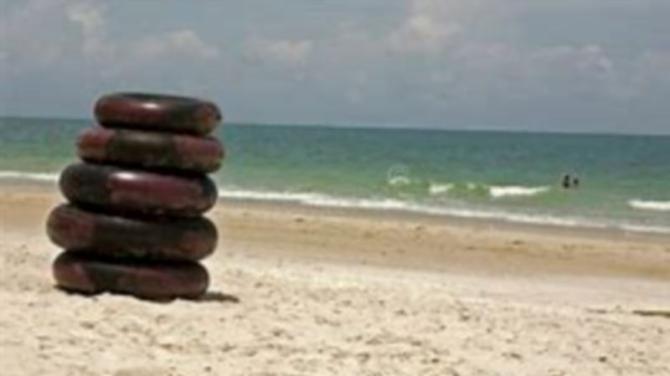 A MARINE Litter Report has revealed that those living in close proximity to Rostrevor beach are “tyred” of litter pollution, with the report noing that one Rostrevor resident was so concerned for the wellbeing of his local beach that he collected tyres that had been left on the beach for later safe dispoasl by the council.

The report, which is conducted annually by the charity organisation “Keep Northern Ireland Beautiful”, also revealed that most of the beaches in South Down have some of the lowest levels of litter pollution throughout the whole of Northern Ireland.

In this years report Rostrevor beach came in third in for the lowest levels of discarded litter throughout the province, with Kilkeel beach ranking fifth in the chart.

While conducting the necessary research for the survey the report's author, Dr Ian Humphreys chief executive for Keep Northern Ireland Beautiful, found out first-hand the degree of concern that the local residents around Rostrevor have for their beach with one person informing him that they had begun collecting tyres of the beach for later safe and responsible disposal by the Newry, Mourne and Down District Council.

“Throughout 2020 while completing the surveys we have had more people than ever before come and speak to us about what we are doing and how they have been inspired to do something about the litter on their local beach.

“One individual at Rostrevor beach had even told us how they had spent a lot of time collecting all of the tyres across the beach and bringing them to a more accessible area so that the council could collect them and dispose of them in a safe and responsible manner.

“Although traditionally considered rubber, owing to their composition, whenever tyres break down, they release micro plastic which can be just as, if not more harmful to the environment than regular plastic.

In comparison to the rest of the county the beaches of Rostrevor and Kilkeel North have relatively low levels of both regular and plastic litter pollution especially when set aside some of the worst offenders such as BallyHornan beach and Ardglass Beach located further east of the county. These beaches recorded an annual amount of 1,837 and 916 pieces of discarded plastic rubbish that was accounted for i n the survey respectively , with Rostrevor and Kilkeel beaches recording a significantly lower amount of plastic collected with 158 and 814 p pieces of plastic litter being collected respectively.

Heading North East of the county, Portavogie Beach follows in the footsteps of its more western counterparts with only 571 pieces of plastic litter being recorded in the report.

Finally, Ballywalter beach recorded the overall lowest levels of plastic litter contamination with only 90 pieces of plastic being lifted from the beach as part of the survey.

Dr Humphreys is enthusiastic regarding the overall findings of the 2020 report stating that “the results from the 2020 Marine Litter Surveys paint a positive picture with large reductions of litter being observed across all of the beaches surveyed in the report.

“2020 has been a difficult year in many regards results from the 2020 Marine Litter Surveys paint a positive picture with large reductions of litter being observed across all of the beaches surveyed in the report.

“These reductions may be due to a number of reasons, from fewer people being outside due to lockdown restrictions, to more people carrying out clean ups of their local beaches, perhaps inspired to do more in their local area when they couldn’t travel further.

“Whatever the reason, this appears to be a big step in the right direction. It is worth noting that this year has been an unusual one, and we will therefore need to see this trend continue over the next few years before we can say with certainty that the levels of marine litter on Northern Irelands beaches are beginning to reduce significantly.