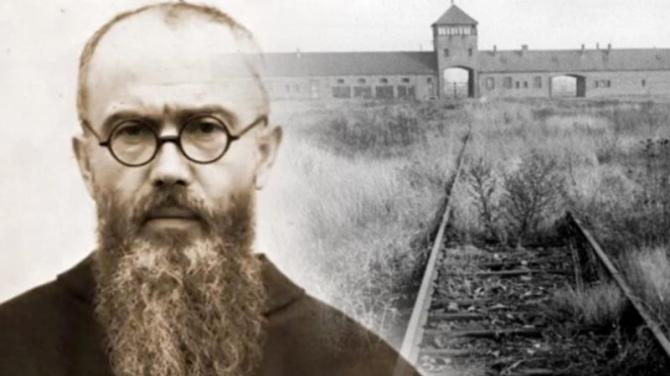 On September 5th, Warrenpoint will be the center of an important event from the 2nd World War commemorating the 80th Anniversary of the Martyrdom of St Maximilian Kolbe in the German concentration camp of Auschwitz - Birkenau.

This event comes from the joint efforts of the Consulate General of the Republic of Poland in Belfast, the Polish Honorary Consulate and the Newry & Mourne Polish Community Group.

The Consul General of the RP in Belfast, Mr. Paweł Majewski, stated that these celebrations pay homage to the life and martyrdom of St. Maximilian Kolbe, ‘a man who’s sacrifice, and quiet dignity in death, inspired millions of faithful around the world’.

The commemorative celebrations shall begin with Most Rev Eamon Martin, Archbishop Bishop of Armagh & Primate of all Ireland, celebrating holy mass in St. Peters Church Warrenpoint and joined by Fr Maximilian McKeown from the Conventual Franciscan order in Dublin, as well as other priests from the parish of Clonallon.

This will be followed by the unveiling of a plaque, located in the peace garden, and dedicated to St. Maximilian, by Archbishop Martin and Fr Brendan Kearns PP.

Furthermore, the event shall proceed to the Whistledown Hotel, where Krzysztof Kunert, from EWTN Poland and an expert on the life of St Maximilian, will present a 20 minute film on the Saint along with a historical and academic talk. A photographic exhibition detailing the life and martyrdom of St. Maximillian will also be on display in the Hotel. This talk and exhibition has been described as the ‘most informative and engaging presentation of a Polish saint in Northern Ireland in recent memory’ (Paweł Majewski, Consul General of RP in Belfast)

St. Maximilian Kolbe was a Conventual Franciscan Priest who sacrificed himself in place of a Jewish man. In reprisal to the escape of one prisoner, the Nazis tortured and starved to death 10 men – one of which, by his own choice, was St. Maximillian. His faith guided him and the fellow condemned, and sustained him until the end. The Nazi guards injected him with carbolic acid to hasten his death, with special cruelty to the last surviving man of the starvation chamber they wished to empty.

St Maximilian was beatified as a confessor of faith by Pope Paul VI in 1971, and canonized as a Saint by Pope John Paul II on the 10th of October 1982 – whom declared him a confessor and martyr of charity. Lastly, that man that St Maximilian’s sacrifice saved, Franciszek Gajowniczek, survived the Holocaust and was present at his beatification and canonization ceremonies.

Finally, the organisers wish to public proclaim that the life and death of St.Maximillian Kolbe , show that incredible acts of courage by the Polish Saint should be rightfully celebrated as testament to the Polish spirit and faith – which sustained Poland through a time of great tribulations and turmoil.