Councillor "cross" at state of Roads in Crossmaglen 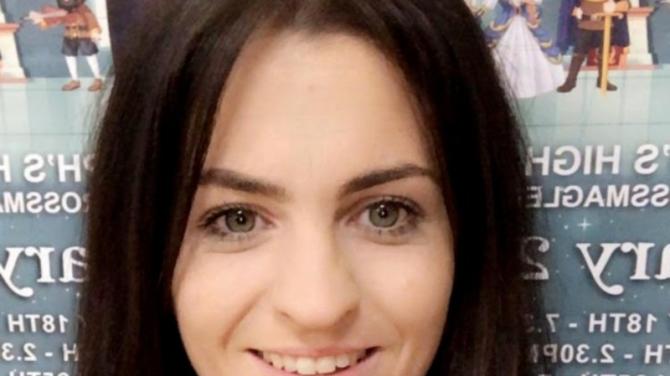 ROADS in Crossmaglen and parts of South Armagh, which have fallen into a horrendous state of disrepair, have been completely ignored in a report into the conditions of roads in Northern Ireland issued by the Department of Infrastructure, according to a local Councillor.

Sinn Fein’s Aoife Finnegan expressed her frustration regarding the Department of Infrastructure Roads 21 Spring Report which makes little reference to the roads both within and surrounding the Crossmaglen and Culoville areas which in Councillor Finnegans own words “have been allowed to fall into a dangerous state of disrepair to the point that some of them are simply impassable.

“A disappointing report has been released by the DoI with little mention of the Crossmaglen area where works are either untouched or incomplete with excuse after excuse. Enough is enough,” said Councillor Finnegan..

“I would like to draw the road services attention to the roads both within and surrounding the Crossmaglen and Culloville areas which had been allowed to fall into a dangerous state of disrepair to the extent that some of them are simply impassable.

“ Some people even having injured themselves walking on footpaths that are now in dangerous states of neglect.”

Councillor Finnegan has first hand experience of the problems that can be wrought by the roads falling into a state of complete disrepair having her own car damaged while traveling to and from the Sinn Fein Constituency office in Crossmaglen.

“Even the alloys on my own car have been damaged by potholes in the road whenever I would be traveling to and from Crossmaglen and the surrounding areas.”

Councillor Finnegan echoed the frustrations of residents living within the affected areas stating that the Department of Infrastructure needs to take immediate action to help resolve these issues and that in general the road networks within South Armagh deserve far better than the current treatment they are receiving from the DoI.

“The residents living in these areas are past frustrated. Take Culoville road for instance, it is so run down and damaged. There have actually been elderly people in Culoville village that have slipped and fell on the footpath in the village. How did these roads fall into such a sate of disrepair?

"The Department of Infrastructure has informed me that there are checks done on the roads in the area every six months, but this is not frequent enough. I reported the Lisnaree road and went out personally to measure the diameter of the potholes in the road, some of which were extremely large.

"I also contacted the Department of Infrastructure and informed them of this fact and asked if I could get a date for the road to be reconditioned and was told that there was a contractual issue meaning that no resurfacing can take place.

“This report has shown a complete disregard for the people living in Crossmaglen and the surrounding areas.

“There has been absolutely no response by the roads service to many of the reports lodged by residents living within the areas most severely impacted by road surface degradation. Naturally with no means of resolving these issues in sight, it has left residents angry and frustrated and I am echoing their demands for immediate action.

“The way in which the roads service have handled our area is simply unacceptable and South Armagh deserves better.