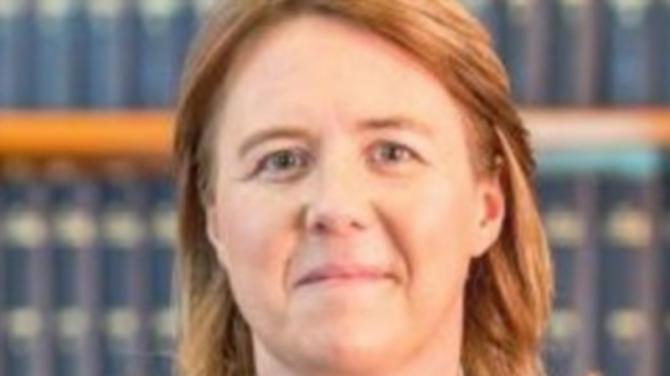 Dame Siobhan Keegan assumed the role following a ceremony in the Royal Courts of Justice in Belfast on Thursday.

A former pupil of St Clare’s Primary School and the Sacred Heart Grammar School in Newry, Mrs Justice Keegan graduated from Queen's in 1993 and, after further study, was called to the Bar of Northern Ireland the following year.

She achieved Queen's Counsel status in 2006 and has worked in family, criminal, judicial review, and other civil law.

Mrs Justice Keegan has been a Bar member on the Children Order Advisory Committee, a long-standing member of the Judicial Liaison Family Law Committee and was Chair of the Family Bar Association for two years from 2011-2013.

She was appointed as Judge in Residence at Queen’s University Belfast in November 2015 and currently remains in this post.

In a previous landmark appointment in October 2015, Mrs Justice Keegan was one of the first two women appointed a High Court Judge in Northern Ireland, along with fellow Queen’s alumna Madam Justice McBride (LLB 1988).

The new Chief Justice paid tribute to her predecessor, Declan Morgan, who has retired after 10 years as Lord Chief Justice for Northern Ireland.

She said: “I know that today is an important day for women in the legal profession.

“I hope that my appointment highlights the opportunities open to all, young women and men alike, to progress in their careers, and that it offers some inspiration about what can be achieved.”

She added: “The legal system is intricately bound up with those it serves. I intend to actively and openly engage with all of those affected by the application of law in Northern Ireland and to represent our jurisdiction nationally and internationally.

“We have a strong tradition of excellence and high standards which I aim to maintain and enhance. I am looking forward to the undoubted challenge this new role presents.”

As a judge of the High Court she delivered the ruling earlier this year that the 10 people killed in the west Belfast shootings involving soldiers in Ballymurphy in August 1971 were “entirely innocent”.

She attributed nine of the 10 shootings to the British Army and said the use of lethal force by soldiers was not justified.