Hate has no place in Newry, Mourne and Down 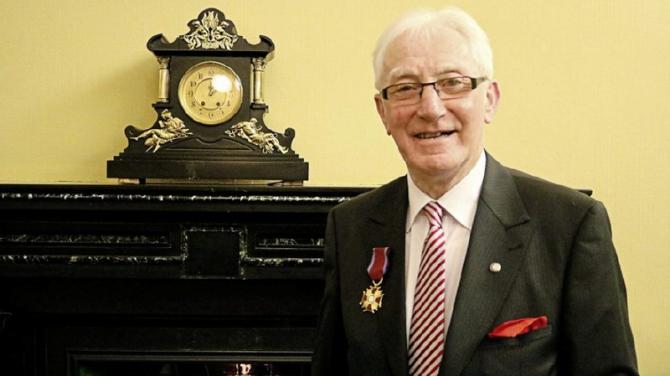 RACIST crimes in the Newry, Mourne and Down Policing District have trebled in number over the past twelve months.

From July 2020 to July 2021, no fewer than 79 racial crimes were dealt with by the PSNI in the local district.

Latest data from the PSNI shows that eight hate crimes or incidents are reported to Police every day.

"Historically, Newry, Mourne and Down has always been noted as a region renowned for its tolerance and acceptance of people from other locales be that nationally or internationally. Newry, Mourne and Down has been an area that has been well-populated by citizens from the European Union since 2004. They have lived here peacefully and without the fear of prejudice since then.

"We as a community in Newry, Mourne and Down need to stand up and condemn this hatred which is completely unacceptable. The Irish as a people have suffered discrimination all over the world in the many regions that they have settled in so we need to make sure that those from foreign countries who come to settle in Ireland do not face the same level of discrimination that the Irish have in years gone by.

During the last twelve months there has been 30 homophobic incidents and 27 homophobic crimes locally.

Sectarian incidents have fallen from 50 to 39 with 30 sectarian crimes reported.

There were 1,142 racist incidents recorded by the police in Northern Ireland, 251 more than for the previous 12 months.

The number of racist crimes recorded by the police was 839, an increase of 238 on the previous 12 months

Amnesty International has expressed concern at new figures that show a disturbingly high rise for hate crime in Northern Ireland. The figures were published today in a report by the Police Service of Northern Ireland (PSNI) for the year ending June 30 2021.

Once again, racist hate crimes outstripped those with a sectarian motivation, which also saw a year-on-year increase. There were 1,080 sectarian incidents and 804 sectarian crimes, and a further 383 incidents and 262 crimes with a homophobic motivation, a marked increase on the previous year.

There were also more than 200 further incidents reported that had disablist, religious or transphobic motivations

“Northern Ireland is suffering a hate crime epidemic. Overall, there are eight hate-motivated incidents or crimes reported to the police every single day in Northern Ireland. That is a disturbing picture and deeply distressing to victims.

“One average, there is a racism-motivated incident or crime reported three times per day – almost as high as the figures for incidents motivated by sectarianism, despite the relatively small numbers of people in Northern Ireland from ethnic minority communities.

“Yet, police figures show that about 90% of race hate crimes reported to them are going unpunished. This is unacceptable.

“The whole community deserves a much more effective response from the police, and from legislators who have left Northern Ireland’s hate crime laws lagging behind the rest of the UK.”