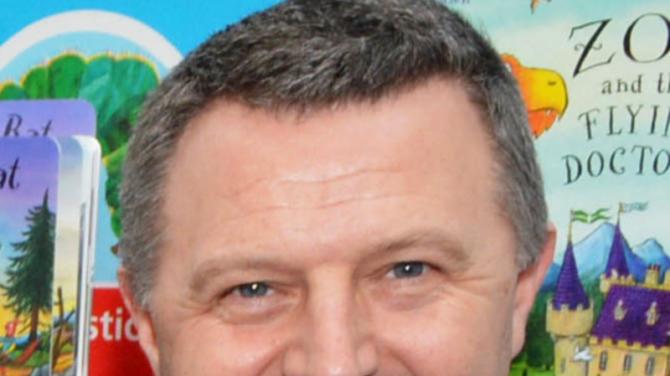 KEVIN Donaghy, principal of Saint Ronan’s primary school in Newry has dubbed the Department of Education's guidelines for dealing with the coronavirus pandemic in primary schools as “not fit for purpose.”

The local principal made the comment following a public statement by the SDLP MLA Justin McNulty, in which he openly attributed the current “intense pressures” that primary and secondary schools are under following the resumption of term to “a shambolic lack of leadership” on the part of the Education Minister Michelle Mcllveen.

Kevin, who is a member of the teachers union NASUT, claims that he is in total agreement with Mr McNulty saying that he “entirely agrees with what Justin has said in regards to the guidance currently being given to schools from the Department of Education in relation to Covid-19" which is not at all fit for purpose.”

"The Department of Education did not consult with school leaders over the guidance that has been issued to deal with both positive and close contact cases of Covid 19. The guidance was only given to teacher's unions on the Friday evening before it was released and the unions had to have the consultation back on the following Monday at 11 O'clock. The guidance was then published the following Wednesday with the suggestions being made by teachers and principals such as myself having been effectively ignored.

"Furthermore, the Department of Education only began the planning for the new guidance at the start of August, so any work that could have been done throughout July was totally lost. Everything that is happening now such as students who have been in close contact with someone who has tested positive and being unable to return home because they cannot book a test, could have been avoided if the Department had of consulted with teachers and principals earlier.

"I was able to access a copy of the guidance and one of the issues in relation to Covid19 in primary schools that I raised with my Union to bring to the attention of the Department of Education was if their was enough testing capacity within the health service to facilitate the amount of testing stipulated in the guidance and I was completely ignored.

"The Department of Education have been aware of this issue from Mid-August. They have not consulted with any teachers or principals who were working on the ground to determine what measures needed to be implemented in their guidance.

Kevin believes that there is so much ambiguity and contradiction with the guidance laid out by the Department of Education that it has effectively been rendered “not fit for purpose”, citing the encouragement of the resumption of free school meals as a prime example of this.

“Part of the guidance also suggests that schools should reduce the movement of pupils around the school and minimize it, keeping them in small classroom like groups, but the guidance also recommends a recommencing of school meals inside the school canteen, can they not see the contradiction here?

“I agree with Mr McNulty's statement entirely, the education minister Michelle Mclllveen needs to step up to the mark and show strong political leadership in laying out new guidance that schools can implement to stop the spread of Coronavirus.

Justin McNulty has echoed the points made by Kevin in his public statement, highlighting the fact that “principals and teachers are trying to negotiate chaotic guidance from the Department of Education, which has changed twice in the last week alone.

‘Principals and teachers are trying to negotiate chaotic guidance from the Department of Education, which has changed twice in the last week alone. In addition, the Public Health Agency (PHA) helpline is uncontactable, and the PHA form submission portal, which was put in place for principals to track and trace positive cases in their schools, is often crashing rendering it completely useless.

‘Last year, the guidance for schools was quite straightforward – if someone was a close contact, they were required to self-isolate for 10 days. This year, a close contact is required to test on day two and day eight – the major difficulty with that is the complete lack of testing available. Educators are telling me that students in isolation are desperately trying to book PCR tests on their mobiles from home so that they can return to school, only to be told that the nearest available test site for them is in Enniskillen or even Wales!

‘Another symptom of absent leadership which is further compounding the problems being faced by schools is one that I have already raised with the Education Minister - the total lack of supply when it comes to replacement staff, which has been brought about by the GTCNI registration debacle. This means that if a teacher or classroom assistant tests positive or is required to isolate, there is virtually no one to take their place. Quite simply, this will leave schools with no option but to close if they are faced with this eventuality.

‘It’s a really sad state of affairs when we have almost become numb and immune to absent leadership at Stormont, but let’s get something straight - educators are not public health administrators – the Education Minister needs to wake up, get a grip of her responsibilities, and provide consistency and definitive clarity in the guidance to schools.

‘Educators, students, and parents don’t need hand wringing or excuses, they need strong leadership and they need it now.”