Give the police station back to the people 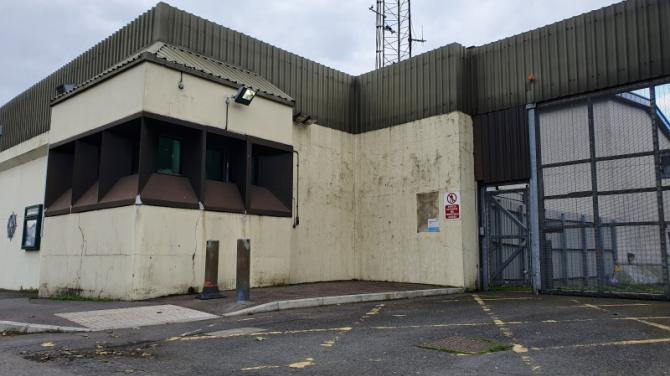 CROTLIEVE Councillor Michael Ruane says that the now defunct Warrenpoint police station should be given back to the people of the Town.

He wasn’t a lone voice as South Down MLA Sinead Bradley and Independent councillor Jarlath Tinnelly both welcome the station closure and hope the space can be used for the community - but they have different ideas of what that could mean.

The PSNI had said in 2018 that the sale of the station would be halted as a “precautionary step” amid negotiations about the UK’s exit from the EU.

In a statement, Assistant Chief Constable Bobby Singleton said: “We regularly assess our resources to ensure we are equipped as well as possible to keep people safe.

“Castlederg was one of three stations which had previously been considered for disposal (Aughnacloy and Warrenpoint were the others).

“In 2018, because of the uncertainty around EU exit, we looked at that decision and decided to pause their disposal,” he said.

“That decision has been kept under review and with the changing circumstances of EU Exit, particularly in relation to UK/Ireland border arrangements, an operational review has recommended that the disposal of Castlederg, Aughnacloy and Warrenpoint stations can now recommence.”

Bradley lambasted the decision to pause the closure of the station but insisted that memory of Joanne Reilly, who was killed by an IRA bomb at the site in 1989, should be treated with sensitivity.

"I am pleased that plans to proceed with the sale of Warrenpoint Police Station are resuming though I firmly hold the view they should never have been paused,” said the MLA.

“Any notion that the site would be a reasonable place to facilitate Brexit checks in the heart of our town were misguided.

“I would urge the local council and other Government Departments to consider how this site might be used in a creative way as we rebuild ways of doing business during this stage in the Covid pandemic.“However, whatever becomes of the site, whether destined for public or private use, I will seek to ensure a sensitive approach is adopted to protect the marking of remembrance in place for the much loved and missed Joanne Reilly who was so callously killed by the IRA at this location."

Questions over the Irish border dominated the Brexit negotiations and led to the UK and the EU agreeing to the Northern Ireland Protocol as a way to avoid a hard border on the island.

Sinn Fein Councillor Ruane said that the station is a blight on the town and that the people of Warrenpoint should have a right to decide what happens.

“It most definitely is an eyesore and it being in one of the main streets in the town and it has been lying idle for a number of years now. It doesn’t do anything for the town,” Mr Ruane said.

He insists the current vacant police station doesn’t add to ambience of the Seaside town, especially at time when people are looking forward to the Baths reopening and such events but doesn’t think it will have too much baring on police relations with the public in Warrenpoint.

“As everyone can see when they drive past it, it doesn’t do that at this present time and we have a quite a number of improvements in the town,” said Ruane.

“I think the only thing that will please people will be to see police out on the ground doing their job.”

Councillor Tinnelly would like to see the area used for social housing but says a community centre will likely replace the obsolete police station.

“In the first instance it most likely will be offered to public bodies via the D1 process and I personally would like to see it secured as a social housing site to try and make inroads into the housing waiting list for the town,” Mr Tinnelly said.

“As you probably are aware council were interested in it with a view to acquiring it for a community centre before the policing board decided to hold on to it, however since then we have agreed to site the long-demanded community centre in Clonallon Park and I fully expect that proposal to be delivered in the not too distant future.”