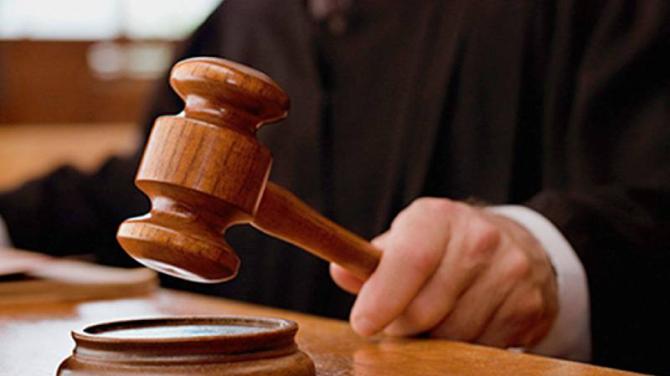 A MAN who shouted a racial slur at a member of door staff at the INF hall in Newry has been handed a suspended prison sentence.

The court heard that at 10.40pm on 9 July this year, police attended a car park at the INF in Newry following a report of a man being aggressive to door staff.

Police quickly identified Connor as the male in question and saw him shouting and swearing towards door staff.

He was noted to be shouting "Paki b***ard" at one member of staff in particular.

Connor continued to be extremely verbally abusive and directed more such slurs, ith numerous members of the public within earshot.

He was arrested and handcuffed but tried to pull away from police, refusing to get into the police vehicle and having to be fordibly put in.

Due to the manner of his behaviour, police requested a cell van to come and collect him.

Connor continued to be aggressive and then sprayed nasal mucus at officers, hitting one of them on the arms and torso.

As he was being transferred to the cell van he tried to pull away again and had to be forcibly put in the vehicle.

The prosecutor said they were prosecuting the disorderly behavior charge as being "motivated by racial hostility due to perceived membership of a racial group".

Defence counsel for Connor, of High Street in Newry, stated his client "fully accepts" the facts as outlined and "admits he shouted that completely disgraceful comment".

He said the "issue is whether the cause of this was hostility".

Connor's defence admitted there was "far too much alcohol consumed and he had bene ejected from the bar".

Rather than being motivated by hostility, his defence stated Connor was instead "trying to offend, given distinguishing physical characteristics, not because he was of a Pakistani background.

"He was giving off because he has been ejected and feels he was treated unfairly, it is not a case where he specifically them on the basis of ethnicity.

"If this was a staff member who was overweight or bald it might have been that he referred to.

"That's not the motivating factor behind that. He is trying to offend rather than express hostility to people of the Pakistani community."

Commenting in sentencing, District Judge Eamonn King said: "He was extremely intoxicated, abusive and directing verbal insults on one particular member of staff who was a man of the Pakistani community.

"He was asked to desist but continued to persist, particularly towards that individual in the presence of a number of other individuals.

"He was arrested and even then didn't calm down but behaved in an abominable manner, clearing his throat and directing that towards a police officer.

"I'm quite satisfied that it was conduct motivated by hostility towards the individual who was a Pakistani national."

District Judge Eamonn King sentenced him to four months in prison, suspended for two years, adding: "It was disgraceful."

Connor's defence then asked about legal aid but, referring to a previous comment by the defence to say he wasn't in court as he was at work, Judge King replied: "He's at work today, he can pay for the cost of his defence."