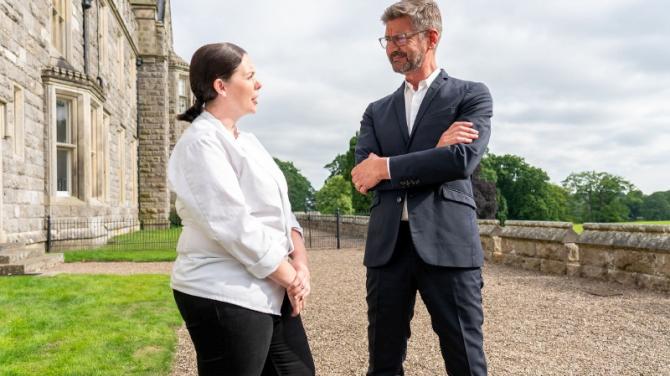 Beginning on Monday 27 September at 7.35pm, the six-part series invites seven of Northern Ireland’s most talented amateur cooks to move into a stately home in Fermanagh, where they live together and compete against each other, using some of the most amazing ingredients on our doorstep to make culinary masterpieces.

The seven cooks are: Alia (35), an estate agent and make-up artist lives in Glengormley; Chin (23), a medical student lives in Belfast; Hannah (27), an archaeologist lives in east Belfast; Jamie (28), an assistant restaurant manager from Comber, County Down; Kirby (33), a quantity surveyor from Waringstown, County Down; Paul (22), a civil servant from Belfast, and Sansao (46), a retail assistant living and working in Newcastle, County Down.

Everything starts with the menus. All seven cooks are challenged to draw up an anonymous menu featuring two dishes showcasing two key ingredients revealed by the judges. The judges then blind select their favourite three. These three hopefuls battle out it for a place in the semi-finals. Only one can make it through. The eliminated cooks join the rest of the gang to try again in the next episode.